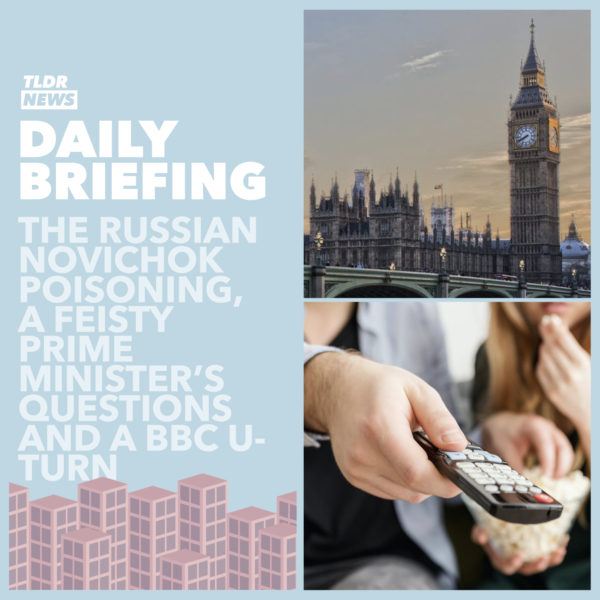 The first news story in the Daily Briefing today relates to the poisoning of Alexei Navalny, the main opposition leader in Russia. On a flight from Tomsk to Moscow last month, he was taken ill. Later that day, he fell into a coma, which he is yet to awaken from.

Mr. Navalny’s team have claimed that his tea was poisoned in the airport on the morning of the flight. They have accused Mr. Putin of ordering the attempted murder of his arch-rival. Today, the German government has claimed that Mr. Navalny was poisoned by a chemical from the Novichok group – the group from which the chemical used in the Salisbury poisoning came. This is significant for two reasons.

Firstly, it is a German hospital that is treating Mr. Navalny, so the toxicology report which has been produced can be trusted. This is what has informed the German government that Mr. Navalny was poisoned and that there was “unequivocal proof” of this.

Secondly, as Novichok was used in the Salisbury poisonings, the claim that the Russian government was involved has been given more weight. However, we are yet to see whether Kremlin interference is proven.

In other news today, Prime Minister’s Questions is back! Finally, I have something to watch at midday on a Wednesday! Today’s joust was a particularly bloody one too, with Prime Minister Boris Johnson being accused of “making it up as he goes along” by Leader of the Opposition Sir. Keir Starmer.

Sir. Keir also pushed Prime Minister Johnson to extend the furlough scheme, which is set to end in October. The Prime Minister claimed that it wouldn’t work long term.

Things also got heated between the two about Sir Keir’s work under his previous leader Jeremy Corbyn. Mr. Johnson tried to accuse Sir Keir as standing by a politician who was “condoning” the IRA – a known terrorist group. Sir. Keir hit back by stating that, as director of public prosecutions, he oversaw the prosecution of known terrorists.

The Prime Minister was urged to take back the comments by Sir Keir, which Mr. Johnson declined to do.

This was a notably spiky exchange in an already feisty Prime Minister’s Questions. We will update you next time the leaders go toe-to-toe in the Common’s next Wednesday.

However, following the appointment of a new director-general of the BBC, Tim Davie, the BBC has backed down and has claimed that a “select group of BBC singers” would sing both songs, and that viewers would be encouraged to sing along from home.

This u-turn comes as the government appears to have u-turned over lockdown easing in Greater Manchester. To catch up on all of the government’s u-turns over the last few months, keep an eye out on the TLDR News UK channel.