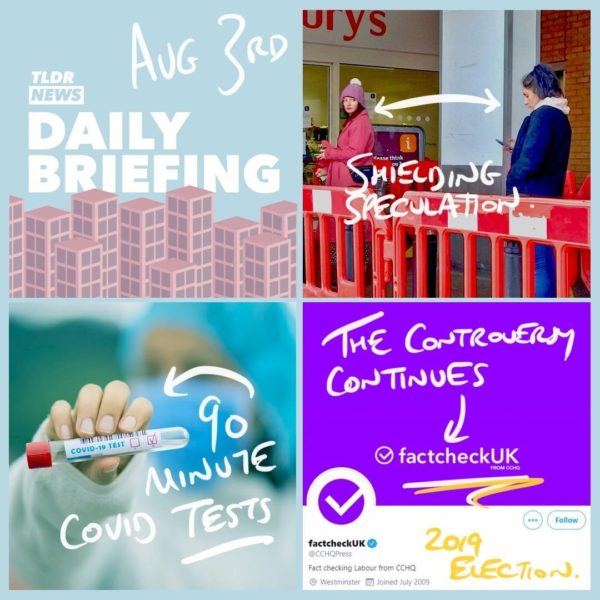 We will, today, start with some good news – because why the hell not. Almost 5 months into this lockdown, I think it’s fair to say we all need some regular good news in our lives. The good news today comes in the form of childbirth.

It has been found that, during lockdown, the number of premature births have dropped massively. Although there have been different numbers in different countries, some have seen a huge drop. Babies are usually born after 40 weeks of gestation. In Denmark, those that were born after only 28 weeks of gestation dropped by 90%. Although not as extreme, drops in these numbers have been seen in Canada, Australia and the Netherlands.

It is not yet clear exactly why this is the case, but it has been speculated that the drop in air pollution could be one explanation. Built into this explanation is the idea that hygiene generally has improved in lockdown, which could cause fewer infections in expecting mothers. Another could be that expecting mums are less stressed in lockdown.

While this isn’t a usual topic for the Daily Briefing, we thought it goes to show that as tragic and hellish as this pandemic is – there are still silver linings.

In other news, there has been speculation over the weekend that over 50s could be added to the list of those who should be shielding. This is something that has caused backlash from a number of over-50s – most notably Sarah Vine who said on Twitter that “we all have to die sooner or later” and that she doesn’t expect the nation to “bankrupt itself to save my sorry ass”.

The government has been keen to distance itself from these plans. Business Minister Nadhim Zahawi claimed that the story is “inaccurate” and simply “speculation”. Whether these ‘plans’ come to fruition is yet to be seen.

In other UK news, the NHS will begin to use new 90 minute tests to detect coronavirus next week. The speed in which they give results and the fact that they can distinguish between coronavirus and seasonal flu will be hugely beneficial in the fight against coronavirus.

Although test results are produced fairly quickly at the moment, with 9 out of 10 tests done in hospitals being returned within 24 hours, the 90 minute turn-around will be a huge step forward. A step forward that may be required to adequately win the battle against coronavirus in winter.

In more political news, it has been discovered today that the company behind the Fact-Check UK scandal in the 2019 General Election and the fake Labour Manifesto have been given £3m by government to produce content to promote government messages on social media.

In 2019, Topham Guerin changed the Conservatives’ Twitter to look like an independent fact checking website, and proceeded to check the facts of statements made during a TV debate. They also set up the labourmanifesto.co.uk website, which claimed that Labour had “no plan for Brexit”. Effectively, they used some controversial techniques for the Conservatives during the last election.

The fact that usual tendering practices that allow other companies to compete for a government contract had been suspended by using the emergency COVID legislation further adds to this controversy.

Whether this will provoke much backlash is not yet known.