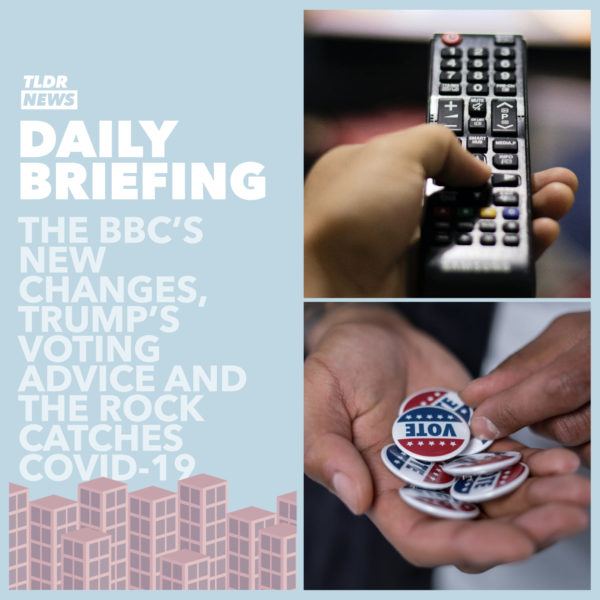 The BBC – a British institution for almost a century is, today, beginning its transition to being a “simpler, leaner organization”. That is, according to its brand new director-general, Tim Davie. It has been suggested that the BBC could look into making 20% less content in order to reallocate funds and ensure that they “generate the most value”.

As part of this new drive for efficiency, it has been stated that around 900 roles will be cut.

But, efficiency is not the only thing the BBC is trying to champion. Under the direction of Mr. Davie, the BBC will try and “recommit to impartiality”. This is already beginning to come to fruition through reports that left-leaning comedies such as Have I Got News for You will soon be axed, as they are “unfairly biased against the Tories, Brexit and Trump”.

The Guardian was told by an insider that right-wing comedians were not seen as “very good” by BBC producers. This could have led to comedies on the BBC being seen as left-leaning and subsequently scheduled to be axed under the new BBC leadership.

In US news today, in a Tweet and at a campaign stop in North Carolina Thursday morning, Trump suggested that voters should mail in their ballot and then go to a polling place “to see whether or not your mail-in vote has been tabulated.”  If it hasn’t, Trump suggests, then people should vote in person.  Critics, including the Attorney General of North Carolina Josh Stein, say this was an encouragement from the President to vote twice, something that is quite illegal.  The President seemed to suggest that voters check to see if their votes were counted as a way to “test the system.”

In a statement issued by the Executive Director of the North Carolina Board of Elections Karen Brinson Bell, voters were assured that if they voted by mail, it would show up in an electronic database used at polling places.  In such a case, they would be prevented from voting in person.  It is worth noting that intentionally voting twice is a crime.

In other news, it has been announced today that Dwayne ‘The Rock’ Johnson, and his family, have unfortunately contracted COVID-19. Although they have had the virus for a couple of weeks now, and likely do not have long left with the symptoms, he claimed that he and his wife Lauren “had a rough go” with COVID, whereas his children had a bit of a sore throat and then bounced back.

He has asked his viewers on Instagram to try and stay safe and wear a mask to protect their families. This is a sentiment that we, here at TLDR News, echo. This news story goes to show that coronavirus affects everyone – and that in order to stay safe, you must practice social distancing and wear a mask.

Image of Dwayne ‘The Rock’ Johnson is from here. The license can be viewed here. The image has been cropped, no other changes have been made.