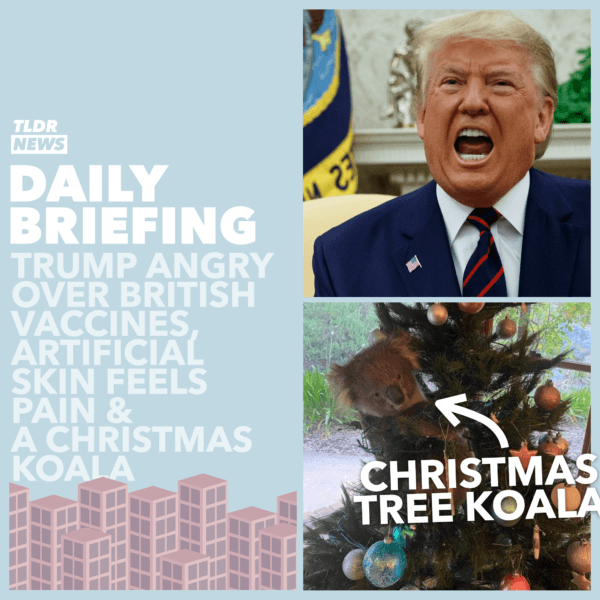 In the first story in the Daily Briefing today, we talk about the president’s fury. Well, specifically his fury towards the vaccine approval in the UK. Earlier in the week, the UK’s regulatory body for vaccines (the Medicines and Healthcare products Regulatory Agency) approved for use in the UK the Pfizer/BioNTech vaccine – which has been produced in the US. The MHRA has claimed that it’s approval has been made so quickly due to, what it calls, a “rolling review”. This is where each stage of the review process runs alongside another – in effect, speeding up the process without sacrificing safety. It insists that no corners were cut.

In the US, though, this has caused some frustration – and appears to be something that has united both the President and Dr. Anthony Fauci (The Director of the National Institute of Allergy and Infectious Diseases). Dr. Fauci has stated that:

“The UK did not do it as carefully. They got a couple of days ahead. I don’t think that makes much difference. We’ll be there, we’ll be there very soon.”

The President took a slightly different approach. He summoned the head of the Food and Drugs Administration (the FDA) to the White House for a discussion. It was reported that this was to scold him for the lack of regulatory approval – and for the fact that the US was not the first country to provide the Pfizer/BioNTech vaccine. Some even suggested that he might be fired – which he wasn’t.

It shouldn’t be too surprising that the President is furious about the lack of regulatory approval. He has previously suggested that a vaccine would be ready by the time of the US election – which has not happened. In addition to this, as he is soon to leave the White House, he may be looking for some final few wins to bolster his legacy. Being able to claim that the vaccine was made available while he was in office would certainly be a positive for him.

It is as yet unclear when the vaccine will be approved for use in the US.

In the second story today, we talk about a groundbreaking scientific discovery. While research in the realm of prosthetics has increased in the last few decades, and many discoveries have been made, one particular element of the human body has not yet been replicated: skin that can feel pain.

Some of you may be wondering why we would want to replicate the part of skin that makes us feel pain. Well, to put it simply, pain helps us avoid danger and injury. If perfected, this could be added to prosthetics in order to make it as close to the real thing as possible.

Well, it has today been announced that researchers at the University of Melbourne have developed artificial skin with pain-feeling qualities. It is made of silicone rubber and, it has been suggested, could be used in prosthetics and robotics.

This is clearly an exciting development, and we’ll need to keep an eye on it to see how it is used!

In the last story today, we move onto discuss a Christmassy koala. And by Christmassy, we mean a koala stuck in a Christmas tree (but that’s not quite as cute). This story is pretty simple to be fair: a family went out and a koala snuck in and made its way up the Christmas tree. It even tried eating some of the tree, but stopped when it realised it was plastic.

The family in question called the Adelaide and Hills Koala Rescue. This phone call didn’t start particularly well, as those at the rescue centre thought the call was a prank. They proceeded to go to the house and rescue the koala – who was promptly called Daphne.

It was released back into the wild, where it scuttled up a tree. Let’s hope this one actually had edible leaves!