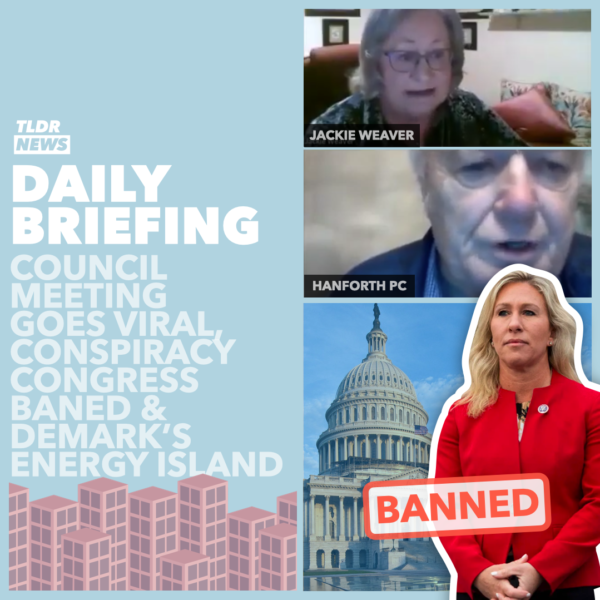 In the first story today, we go to the US to discuss the controversial conspiracy-touting US congresswoman who has been ejected from two committees. If you want to know more about this story, you’ll be happy to know we’ve made a video about this on our US channel – you can check it out here. There has been a major development, though, which we will explain here.

Majorie Taylor Greene is a US congresswoman who was elected in the most recent congressional election. Her election has caused quite a lot of controversy due to the fact that she has subscribed to many conspiracy theories in the past. These include beliefs that 9/11 and some school shootings were staged. She has also stated many times in the past that she subscribes to the Q-Anon conspiracy theory – a conspiracy theory that we have actually made a video on due to how outlandish it is! You can watch it here.

In the last couple of days, lawmakers in the US attempted to kick Ms. Greene out of the two committees that she serves on due to these controversial views. Prior to the vote, Ms. Greene attempted to backpedal on some of these views, stating that she did believe 9/11 happened and that she remembered “crying all day long”. She also stated that “school shootings are absolutely real” and that she had “stopped believing” in the Q-Anon theory.

Further action could be taken, and she could be ousted as a member of the House of Representatives – although we have no more information on this yet. We’ll update you if anything more happens.

In the second story today, we move to Denmark to discuss an island. The interesting thing about this story is that the island doesn’t exist yet. That’s right, the Danish plan to build an island – with the aim of creating renewable energy. The plan is for the island to be a hub to 200 off-shore wind turbines, which will produce enough energy to power 3 million households.

The island itself is about 50 miles off the coast of Denmark and will be about 120,000 square meters – the equivalent of 18 football pitches. The project will cost about £24bn (or $34bn) – and will be owned partly by tax-payers and partly by the private sector.

This is a huge cost – and it’s important to understand exactly why Denmark are so keen to embark on such an expensive project. The country agreed to reduce their carbon emission levels by 70% of what they were in 1990 by 2030. Considering that the population of Denmark is about 5.8 million – and the project can provide 3 million households with power, it’s reasonable to suggest that the project has been embarked on with this goal in mind.

In the last story today, we move to the UK to discuss the parish council Zoom meeting that has gone viral today. As we all know Zoom calls have become all the rage since lockdowns were introduced last March. However, virtual meetings are not quite as smooth as the in-person alternative – as one particular parish council meeting demonstrated.

Some councillors start laughing, and one councillor chats to her friend on the phone – leaving her microphone on for all to hear.

The internet was swift to produce some iconic memes – with one particular format focussing on the fact that Ms. Weaver said “please refer to me as Britney Spears from now on” in protest at the fact that one member of the meeting changed their name to ‘clerk’, without the proper authority.

Paddy Power have already allowed people to bet on what will happen following this saga. The following are some actual odds:

Others have referenced iconic clips from TV and movies such as Come Dine with Me and Drag Race UK to Avengers Endgame to create such memes. Even Full Fact (a UK fact-checking agency) got in on the fun by posting this tweet.

All we have to say about the internet making memes out of such parish council meetings is: the cheek, the nerve, the gall, the audacity and the gumption.