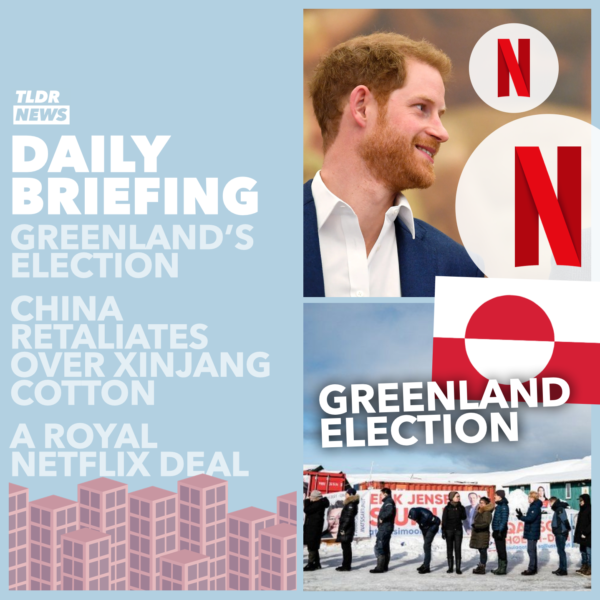 In the first story of the Daily Briefing today, we move to Brazil to discuss coronavirus deaths. Throughout the pandemic, Brazil has taken a markedly more relaxed approach than other countries. President Bolsorano has frequently tried to dismiss coronavirus as something no worse than a flu – and has been hesitant to wear masks, or indeed encourage others to wear masks. In fact, he has even opposed any lockdown measures nationally.

Sadly, it seems that this relaxed approach has resulted in a relatively high death figure in comparison to other countries. Today, this has been reflected in the grim milestone that more than 4,195 people had died in 24 hours – the first time the daily death rate had exceeded 4,000.

As we all know, for the death rate to have reached such a milestone, coronavirus cases and hospitalisations must also have been increased. Indeed, sadly, this is true. Brazil’s hospitals are currently overcrowded and many are even on the brink of collapse.

Brazil has, so far, had more than 13 million cases of coronavirus – which have in turn translated into more than 337,000 deaths. Their death toll is second only to the US. Our thoughts are with all of those who have lost loved ones to the virus in Brazil – let’s all hope that the situation improves in the near future.

In the second story today, we move to China to discuss Xinjiang cotton. This story has a little bit of history that’s worth explaining here. China has, over the last year, been criticised by the West for their treatment of the Uighurs in the Xinjiang region. The West have accused China of using members of the Uighur population for forced labour – mainly producing cotton. China hit back, stating that they did this willingly for the high wages.

This situation escalated earlier this year, when it was discovered that Western brands such as Nike and H&M had criticised China themselves. The Chinese government did not take this well at all, and started defending the cotton on TV.

Today, it has been revealed that Chinese TV stations have even gone as far as blurring out Western brand logos in their programs – in a show of solidarity with Xinjiang cotton producers. This had led to some, well, interesting editing. In some shows, those on screen have had their entire bodies blurred out for this very reason. In others, just their feet are blurred.

What do you think about this decision, though? Is this a legitimate way for TV channels to show their solidarity with cotton farmers and the Chinese government’s version of events – or is this a misinformed protest, which demonstrates the power of propaganda in China? Let us know in the comments below.

In the third story today, we move to Greenland to discuss their most recent election. While Greenland may not be the largest and most internationally influential country, their election has been watched around the world – potentially because of the perceived ability for the opposition party to seize power.

Before we explain this, we need to back up and explain the context of this election. Greenland is an autonomous region of Denmark – meaning that while Denmark owns the land, they have their own elections, and as a result, their own government.

Since 1979, the social-democratic party Siumut party has been in a position of power. Well, all par four years. This time around, though, they have come second to the left wing Inuit Ataqatigiit party – who, as a more environmental party, oppose mining.

This is a big issue in Greenland, as in the south of the island is the Kvanefjeld mine – which mines rare minerals that can be used for weapons and electronics. Many locals have raised concerns about pollution (which they claim could be radioactive and toxic).

It seems that now the Inuit Ataqatigiit party have won the election, and are currently in the process of negotiating the formation of a government, they may soon be in a position to be able to close the mine. This would likely please the locals who live nearby, but will undoubtedly upset foreign interests who have an economic motivation to keep the mine open.

As we said though, they are still in the process of negotiating the formation of a government, so we’ll have to keep an eye on exactly what happens.

In the last story today, we move to discuss the royals. It’s fair to say that the royals themselves have had a pretty eventful year – particularly the Duke and Duchess of Sussex (Harry and Meghan). They have effectively left the royal family, and have taken part in an explosive interview with Oprah. In this, Harry discussed the financial difficulties he faced when he moved to America. He referred to this as being ‘cut off’ by the royal family. As a result, he claimed, he wasn’t able to afford his security staff.

It was around this time that he, and his wife Meghan, established Archewell – a public organisation which revolve around the couples non-profit endeavours and media ventures. It has today been revealed that through Archewell, Prince Harry has agreed with Netflix to be involved in a show documenting the 2022 Invictus Games.

Prince Harry himself founded the Games in 2014. The Games are an international sporting event for injured and sick Servicemen and women. The Netflix documentary (entitled Heart of Invictus) will follow competitors as they prepare for the games – and will include segments where Prince Harry addresses the camera.

This particular show is undoubtedly part of a wider multi-million pound deal concluded between Archewell and Netflix. Exactly what else is included in this deal is, as yet, unknown.