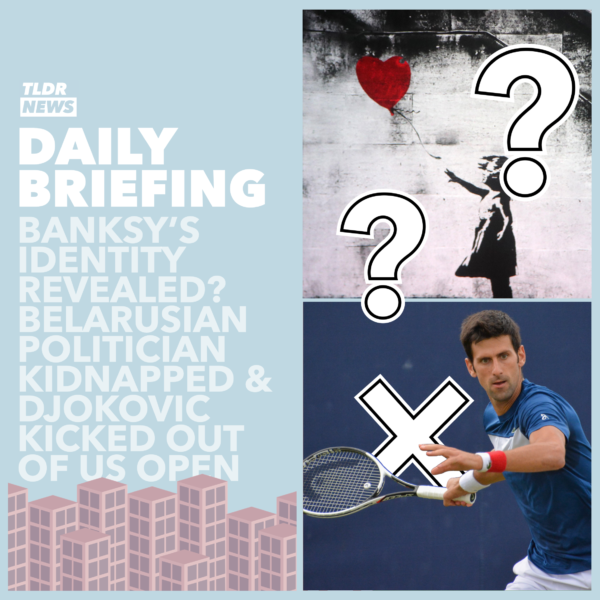 An Opposition Leader Snatched from the Street

The first story in the Daily Briefing today comes from a country we have reported on quite a lot over the last few weeks – Belarus. Following an election which has been condemned by the international community, incumbent Alexander Lukashenko has cracked down on protesters against his government and the purportedly rigged election.

Although Svetlana Tikhanovskaya, the woman running against President Lukashenko in the election, has now fled Belarus – one of her close allies in the election has been seen being bundled in the back of a minivan marked ‘communications’ by people wearing masks.

Maria Kolesnikova became the leading figure of the opposition when Ms Svetlana Tikhanvskaya fled the country. Her campaign team have claimed that since being snatched from the street, her phone has been turned off.

Although it has been claimed that it could have been the secret police that snatched Ms. Kolesnikova, there has not yet been any comment from Minsk Police. It is likely that, if this was an action of the state, it is due to her membership of the Coordination Council. The council was established to preside over a peaceful transition of power in Belarus, something that President Lukashenko does not appear to want. In fact, government authorities have claimed that this group would harm “national security”.

We will keep you informed of updates in Belarus as they happen.

In other news today, Twitter users seem determined that they have finally uncovered who ‘Banksy’ really is. There has been speculation for a long time about the real identity of the artist – as he opts to remain nameless. This could be because a lot of his work is technically illegal owing to it being painted on random objects that he does not have permission to paint on. It could also be because he simply likes the anonymity, and feels that it allows him to be more free with his work. Either way – the question of who is Bansky has not yet been answered. Or so we thought.

Twitter users have started to spread the theory that the presenter of the kids TV show ‘Art Attack’, Neil Buchanan, uses his free time to become the aforementioned internationally renowned graffiti artist. The theory claims that, like Banksy, Buchanan is a musician and that Banksy’s art has appeared in cities that Buchanan has done shows in.

Others have claimed that the big pieces of art that is made on the show ‘Art Attack’, in which Buchanan utilises unusual objects to make said art, demonstrates that his artistic abilities may be on par with that of Bansky – and thus that Buchanan may, indeed, be Banksy.

However, for those of you who were reading/listening to this and were hoping for this to be true, you may be a little disappointed. Buchanan has explicitly stated that he is not Bansky on his website. So, it looks like as fun as this theory is, there is no truth to it.

Unless, that’s exactly what the real Bansky would say…

Djokovic Kicked Out of the US Open

In the last story today, tennis superstar Novak Djokovic has been defaulted at the US Open over the weekend. It is a rare occasion whenever a player gets defaulted, or in other words disqualified, in such a high profile game.

Djokovic had hit a ball, in frustration, at the wall behind him during the game. However, unfortunately for him, the ball ended up hitting a line judge. Although he appeared apologetic, and has since apologised for his behaviour, the officials decided that the best course of action was to disqualify him.

Many commentators have offered their support for the decision in the hours and days since the event. However, some have stated if the ball had hit inches in either direction (and not hit the line judge), Djokovic would still be in the tournament.

This story came as a shock to the tennis world, as Djokovic is seen as one of the best players the sport has to offer – and for him to be knocked out in such a way is not what anyone expected.

But, time and time again, 2020 is showing that in all situations, from sport to politics, things simply aren’t going the way anyone expected.