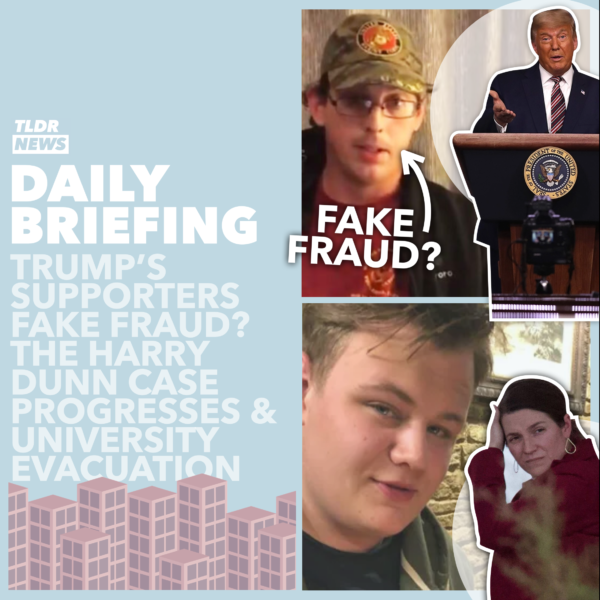 In the first story in the Daily Briefing today, we discuss the newly announced university evacuation plan, designed to get students home in time for the Christmas holidays. Between the 3rd and the 9th of December, students will be given a ‘travel window’ which they can use to move home. This will be accompanied by a rapid test kit, to indicate to them whether or not they have the virus. Additionally, all teaching will be made virtual from the 3rd December.

The government universities’ minister, Michelle Donelan, has stated that these dates were chosen as they come immediately after the November national lockdown – meaning that students should not pose much of a threat to their parents or communities in relation to the virus.

Additionally, the date allows for anyone that tests positive in this period to be able to self-isolate in the remaining weeks before christmas – allowing even them to be able to spend the holiday at home with their families.

This is undoubtedly a good move for students, who have had to struggle with all sorts since they moved back to university – including some universities putting metal fences around their accommodations to keep them in, some not getting 3 meals a day in halls and some even being locked in small rooms for a month as their block has had to self-isolate.

In the second news story today, it seems like the president may be a source down today in his quest for evidence of electoral fraud. Today it is being claimed that Richard Hopkins has rescinded his allegation that his supervisor at the US Postal Service instructed him to backdate ballots that arrived late.

Not only is it being claimed that he rescinded them, but that he even admitted to fabricating the claims. This, if true, will come as a big blow to the presidents’ hopes of re-election – as many key allies were using this claim to justify voter fraud that may have led to his opponents victory.

The reason we say that this was claimed is because in an article from the New York Post, Hopkins claims that he did not recant his statement at all, and that the original paper that broke the story didn’t report what actually happened. This is a particularly strange situation, as the House Oversight Committee seems to have a conflicting version of events to Mr. Hopkins.

We will soon see exactly how the electoral fraud investigation progresses from here.

Updates on the Harry Dunn Case

In the final story today, we go back to a tragic case that occured over a year ago. This is the Harry Dunn case, where a 19 year old British teenager (Harry Dunn) was hit while riding his motorbike by Ms Anne Sacoolas. She was driving on the wrong side of the road. Tragically, Mr. Dunn died of his injuries.

As a result, Anne Sacoolas should have been arrested and charged with causing death by dangerous driving. However, as she was the wife of a CIA operative, she claimed she had diplomatic immunity, which is where diplomats cannot be charged for breaking laws in the country they work in (unless such immunity is rescinded by their home nation). The US did not drop her immunity, and in fact assisted her in fleeing the UK back to the US. This caused great diplomatic tension between the two nations – with Mr. Dunn’s family pushing for Sacoolas to face charges.

This was brought up by the family of Mr. Dunn, who claim that the FCDO wrongly assumed that Ms. Sacoolas had diplomatic immunity.

Whether this makes any changes to the ongoing extradition request for Ms. Sacoolas to face charges in the UK is yet to be seen.