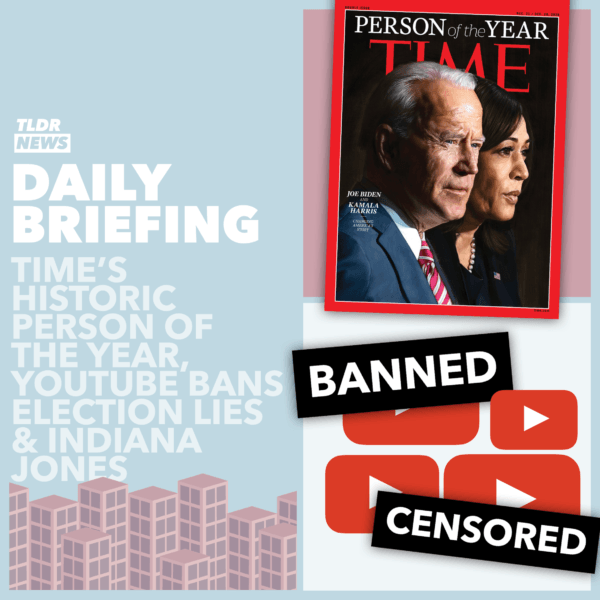 TIME’s Person of the Year

In the first story today, we discuss the announcement of TIME’s Person of the Year. This often misunderstood honour is given to a person, a group, an idea, or an object that “for better or for worse… has done the most to influence the events of the year”. While many who have had the honour of featuring on the annual issue of the magazine have done good for humanity – think Franklin D. Roosevelt, Martin Luther King Jr., the Ebola fighters and the Me Too silence breakers, many have not done good for humanity, such as Stalin and Hitler. The point is, the award is for influence, not inherent good.

Due to the sheer power of the office of the Presidency of the United States, presidents often appear on the cover of the magazine. After all, they have a good platform to make a big impact. In fact, almost every president has featured on the cover.

The last president to feature was Donald Trump, who was on the 2016 cover. The Person of the Year this year follows this trend, kind of. It was today announced that Joe Biden and Kamala Harris would feature on this year’s cover. The reason this only ‘kind of’ follows the trend is that it is not common for a Vice-President to feature alongside the president on the cover. In fact, this has not ever happened before.

In the second story in the Daily Briefing today, we talk about YouTube. More specifically, videos about widespread election fraud. Ever since election day, and to be honest even before, people began to claim that the election was rigged. Many saw the increased use of postal votes, and the subsequent move from Trump to Biden in swing states as evidence that the Democrats have tried to rig the election.

We’ve debated the issue numerous times, but it appears that YouTube is now also trying to crack down on such myths. They have stated that they intend to remove videos that falsely claim that there was widespread election fraud. They have already started flagging videos that promote these myths.

About this new ban, YouTube has stated: “Yesterday was the safe harbour deadline for the US Presidential election and enough states have certified their election results to determine a President-elect”.

It added that this view is in line with historical approaches to presidential elections. This means that by this time of the year in all modern presidential elections, we had named the president-elect (usually based on ‘projections’ by the media). There are a few exceptions of course, such as the 2000 election – but this was due to serious Supreme Court hearings that could (and did) alter the outcome of the election. No such lawsuits have been filed this time around, and Trump himself seems to accept that he will be moving out of the White House in January (through his acceptance of a presidential handover team).

YouTube has claimed they have already taken down over 8,000 channels for propagating such myths. While some will be pleased that they are taking a proactive approach in relation to misinformation, some who stand by the President will claim bias (likely against us too) in the move.

Let us know your thoughts in the comments below.

In the third story of the Daily Briefing, we discuss something a bit more lighthearted. After all, we’ve got to say that the last few days we have featured some, well, pretty heavy topics. Today, it has been announced that Harrison Ford will reprise his role as Indiana Jones in an upcoming fifth (and final) installment in the franchise. The title of the film has yet to be announced, although it will be directed by James Mangold (who directed Ford v Ferrari). It is set to be released in 2022.

The first time Ford appeared at Indy was in the 1981 film Raiders of the Lost Ark. By the time the fifth film is released, the franchise will have spanned over 4 decades.  Let’s just hope it’s as good as the originals!

Anyway, for those of you who think the news is too long, be sure to check out Monday’s Daily Briefing.