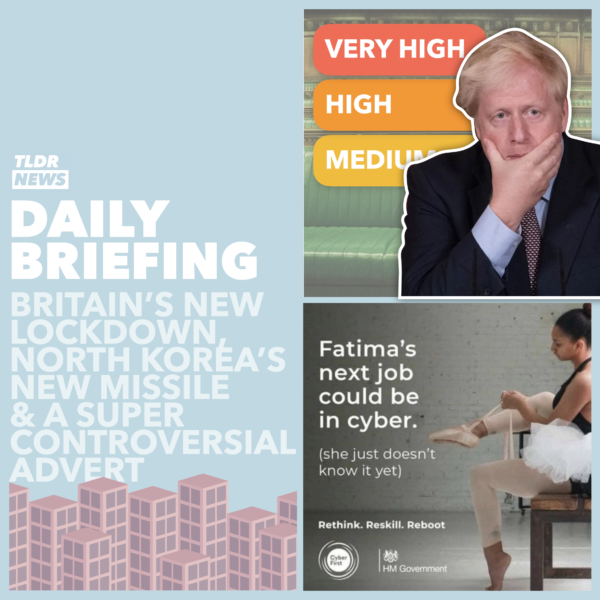 In the first story today, Prime Minister Johnson has laid out his new lockdown rules – which will come into force on Wednesday. These rules are designed to target local areas with a rising infection rate.

The new system categorises the different regions of the country into three tiers: medium, high and very high. The choice of wording here is very important – as it clearly suggests that the whole country has a high rate of transmission and, therefore, requires some level of lockdown measures.

This is backed up by the fact that all regions are automatically categorised as medium. The areas with local lockdowns are automatically added to the high category – with Nottinghamshire, east and west Cheshire and a part of the High Peak being added also.

The only region being categorised as very high currently is Liverpool – which will mean the closure of bars and a ban on socialising between households, both indoors and outdoors.

The specifics of the three tiers are yet to be published.

In more UK news today, a government advert has received a huge amount of backlash from Twitter users. As many people have lost their jobs over the course of the pandemic, the government has been keen to encourage people to retrain in order to ease the looming unemployment crisis.

However, in an attempt to communicate this with the public, the government may have undermined their own cause. In one of the adverts, a ballerina is pictured next to the words “Fatimas next job could be in cyber (she just doesn’t know it yet)”. Many people perceived this as insensitive and seemed like the government was trying to crush the dreams of people aspiring to work in the arts.

The Culture Secretary Oliver Dowden intervened, and claimed that the advert was crass and that it did not come from the Department for Culture, Media and Sports.

In global news today, it has been revealed that North Korea has created a ballistic missile that is bigger than any they have made previously. This missile is thought to be nuclear and fulfills Kim Jong-Un’s New Years promise to create a “strategic” weapons system.

This new development could strain the relationship that has been built up between the US and North Korea during the presidency of Donald Trump.