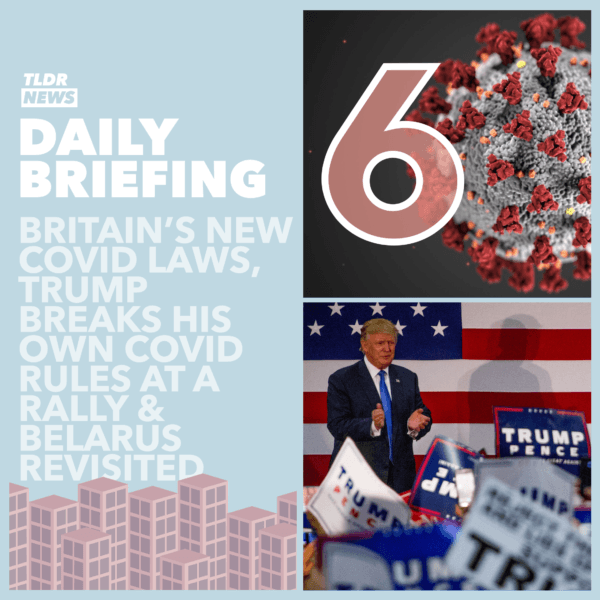 In the first story today, a UK government minister has encouraged people in England to report their neighbors if they break the “rule of six” that has, today, been introduced. This approach is certainly… interesting. People are effectively being asked to report any meetings over 6 wherever they see them. While this could work, this obviously begs a few questions.

Firstly, some households are just larger than 6. They are still allowed to go out and socialise as a household. Those that do not know about the individual situations may be calling the police on a family or a group of people who live together. Obviously, once the police arrive, they would be let off once the situation is explained – but this could put a huge strain on an already overworked police force.

It could equally be argued that this could be the approach the UK needs and could be a gamechanger in stopping the coronavirus cases increasing as they currently are doing. We’ll leave it up to you to decide which you think will be true.

An article from The Guardian has claimed that those standing behind Trump, and thus would be televised, were the notable exception – they were wearing masks. Nevada Governor, who has implemented some of the restrictions in the state, has condemned Trump, calling his actions “shameful, dangerous and irresponsible”.

Whether the President will continue to hold such rallies is yet to be seen.

In European news today, it has been announced that Belarusian President Lukashenko has met with Russian President Putin in order to get a handle on the ongoing protests in his country. Despite international opposition to the actions of Lukashenko, Putin recognises him as the legitimate leader of Belarus.

It has been suggested that President Putin is seeking a closer relationship between Russia and Belarus in exchange for support for Mr. Lukashenko.

The exact details of what a closer relationship means have not yet been outlined, and the discussion between the two presidents today has not been followed by a press briefing. We will update you when and if there is more news on this topic.