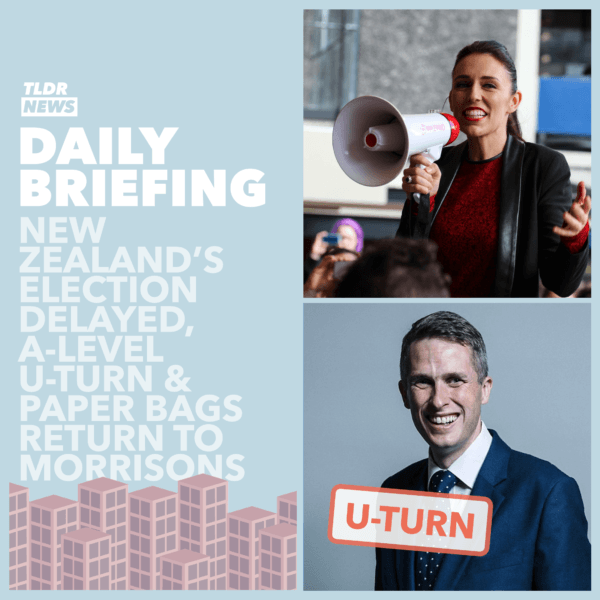 August 17th: The New Zealand Election Delay, Morrison’s Bags and a U-Turn from the Government

Today’s first story is about the upcoming general election in New Zealand. As the coronavirus pandemic has been progressing, some countries are experiencing a new increase in cases. This is exactly what has happened in New Zealand – resulting in Auckland being locked down.

The next step in this is the delay of the upcoming election. Prime Minister Ardern has today announced that the general election, scheduled for 19th September will, instead, take place on the 17th October. She has claimed that this will give the electoral commission and all parties time to plan for the election, and figure out a way to campaign while remaining safe.

This comes after the opposition party claimed that the election should be delayed as the pandemic gives Prime Minister Ardern an unfair advantage – due to the campaigning restrictions. Although the Prime Minister has given the delay, she has made clear that there are no more plans to further delay the election.

In more lighthearted, and less serious news, it has been announced today that the UK supermarket chain Morrisons will introduce paper bags to replace bags for life. This is part of a drive to remove unnecessary plastic in stores.

The bags have already been rolled out to a select number of Welsh stores, but there are plans to roll this out to all of it’s stores if the trial is successful.

Morrisons has claimed that this replacement would save 90 million plastic bags from being used per year, which would reduce 3,510 tonnes of plastic from being wasted.

They will cost the same price as a Morrison’s plastic bag – 20 pence. So, it doesn’t appear that it will break the bank for any of their customers.

In UK news today, it has been announced that the government has u-turned. Following intense pressure from students across the country who have been infuriated at their A-Level grades being reduced – with some claiming that their postcode has influenced the grades they were given – the government has now changed the system used to give Sixth Formers their A-Levels.

Ofqual, the government regulator responsible for exams, has announced that Centre Assessed Grades, which are the predicted grades given to pupils from their teachers, will be used to determine grades for A-Level students. This is a huge u-turn from the government, who have been insisting that doing this would compromise the integrity of exam grades.

The previous system used an algorithm to moderate grades, which often lowered the predicted grades given to pupils by their teachers. Teachers’ predictions are now the sole determinant of A-Level grades.

Ofqual have offered their apology in their statement, saying they are “extremely sorry” for uncertainty and anxiety caused to students over the last few days. The Education Secretary has also offered his apology, saying he’s “sorry for the distress”.

As this has just been announced, we are yet to see the full repercussions from this decision. We will update you as and when these occur.