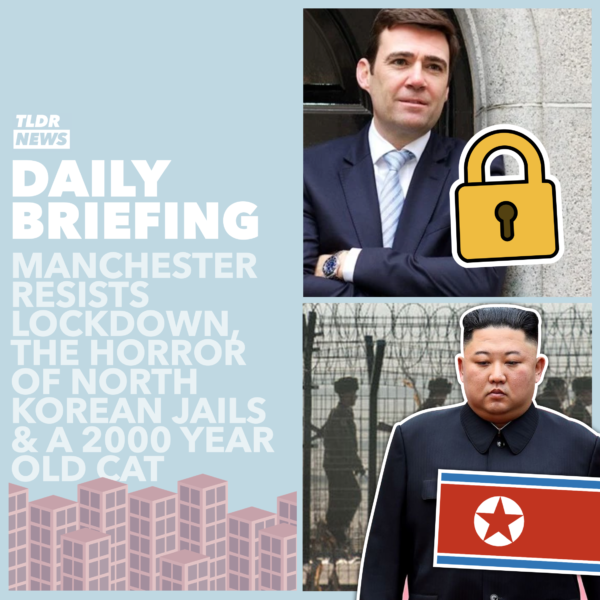 In the first story of the Daily Briefing today, we go all the way to Peru to discuss a particularly old animal. When the Peruvian authorities started making a viewing platform on top of a steep hill in order to see geoglyphs (pictures made on the landscape), they noticed that the hill had its own geoglyph on it. This was a depiction of a cat.

This is remarkable, as it is predicted that the depiction is around 2,000 years old – dated as being made between 500BC to 200AD. This was around the time that London was built and the gospel of Mark was written.

To consider that the artwork could be older than London and part of the bible is pretty remarkable.

In the second news story today, the human rights watch has released a report documenting how prisoners are treated in North Korea. This is a groundbreaking document as North Korea is a ‘closed’ country. Gathering evidence and data for such reports is no easy process.

However, the authors managed to find around 30 former inmates and guards who they interviewed – all of which were either at prison or working there after 2011, when the current leader of North Korea (Kim Jong-Un) came to power.

The report reveals the brutality that prisoners have to endure. Most prisoners get beaten for trivial offences, are made to sit in stress positions for upwards of 10 hours a day, are forced to make confessions and, in some of the worst cases, are even sexually assaulted and raped.

It also makes clear that bribes can often make jail easier, and can reduce the beatings and torture. Connections to members of the Workers Party of Korea (the governing communist party) can also help.

Although it should be no surprise that conditions in prison in North Korea are bad, details of this kind are rare for the isolated country.

In UK news today, negotiations between Manchester Mayor Andy Burnham and the UK government appear to still be ongoing. It is clear that the government is keen to try and put Manchester into Tier 3 of coronavirus restrictions, but Mr. Burnham is so far refusing to allow this to happen.

He claims that Tier 3 imposes serious economic restrictions on the city and, as such, the government should provide businesses with additional economic help to tide them over.

There have been rumours today (mainly in The Telegraph) that the government could agree to give Manchester an additional £100m to end the current impasse. This, though, may not be enough for Mr. Burnham – who has claimed that he would not just “roll over at the sight of a cheque”.

Ending the current impasse appears to be essential – as many hospitals are either nearing capacity or are already at capacity. Both the Stepping Hill Hospital and Salford Royal NHS Foundation Trust are running at full capacity.

We will update you when Tier 3 is introduced in Manchester.

An Update from TLDR!

One last thing before we go, from today we will be releasing the Daily Briefing as a video. That means you can watch a video version of the Briefing over on the TLDR Daily channel. To celebrate we’re going to be unboxing our new Silver YouTube Play Button awards in today’s Daily Briefing video, so be sure to check that out.