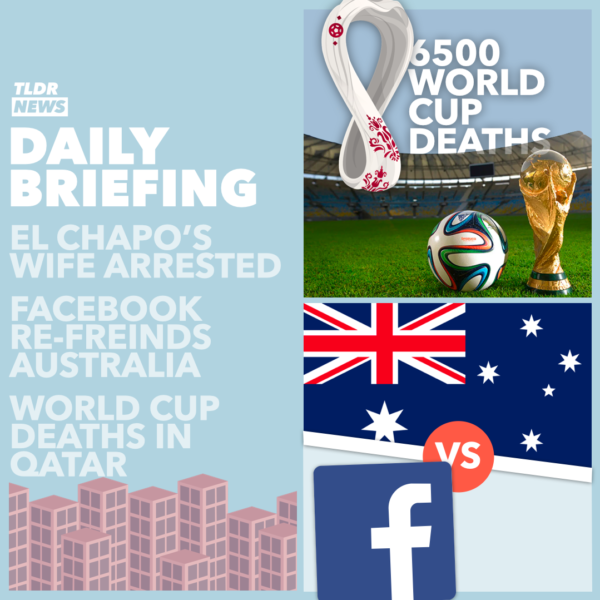 In the first story today, we go to the US to discuss the arrest of the wife of a drug lord. The drug lord in question is Joaquín Guzmán – better known as El Chapo. He has become infamous on the back of the massive drug empire he built in Mexico. With this, he was able to smuggle more drugs than anyone in history into the US. As a result, he became massively wealthy, with a personal wealth into the billions – matching that of Pablo Escobar. His actions, though, carried with them huge legal implications. Once arrested, he was charged with a number of crimes – including murder and drug trafficing – of which he was found guilty and sentenced to life imprisoment plus thirty years.

It would seem that his imprisonment brings with it the end of story of El Chapo, however, it has today been announced that his wife has been arrested. She has been charged with participating in a conspiracy to distribute cocaine, methamphetamine, heroin and marijuana. Additionally, she has been charged with conspiring to help convicts (including her husband) escape from prison in 2015.

She will be tried at a DC federal court, via video conference.

For the second story today, we move to Australia to discuss the new developments in the Australian Facebook news ban. If you don’t recognise this story, then you might want to check out this installment of the Daily Briefing – where we discuss it for the first time. For those of you who don’t remember and don’t want to check this out though – Australia tried, last week, to make social media companies pay for news articles posted to their sites. This was aimed at readdressing the huge profits social media companies are making while at the same time watching print media struggle.

Facebook declined to pay, and instead decided to block news on their site in Australia. This was met with outrage from the Australian government – with the Prime Minister (Scott Morrison) claiming that Facebook was ‘unfriending’ Australia. This move by Facebook caused more controversy due to the fact that government information pages about the pandemic were taken down too, in a move that has been characterised as heavy-handed.

Well, today, Facebook appears to have come to an arrangement with the Australian government. This agreement means that Facebook can decide which news groups they negotiate with – instead of being forced to negotiate with all of them. Facebook claims that this will allow them to “support the publishers we choose to”.

While this could be viewed as good news for Facebook, who have secured some compromises from the Australian government, reputationally it could also be argued that this whole fiasco has damaged them.

At the very least though, you’ll be happy to know that the Australian government have claimed that they’ve been ‘re-friended’ by Facebook.

In the final story of the Daily Briefing today, we go to Qatar to discuss the shocking number of deaths, likely related to the upcoming World Cup. According to data analysis from The Guardian, it has been revealed that 6,500 migrant workers have died since it was announced, in 2010, that Qatar would host the 2022 World Cup. It has even been suggested that this number could be higher, as many of the home countries of migrant workers have not yet been included in the analysis.

This number of worker deaths equates to an average of 12 per week since 2010. These deaths likely come on the back of the huge infrastructure projects Qatar have embarked on to facilitate the 2022 World Cup. This includes airports, hotels, stadiums and roads.

It should be noted that the estimated deaths do not come from government statistics, as The Guardian has pointed out that they often simply list “natural causes” as the cause of death, without conducting proper autopsies.

Our thoughts are with the families and friends of all those who have tragically lost their life in Qatar.