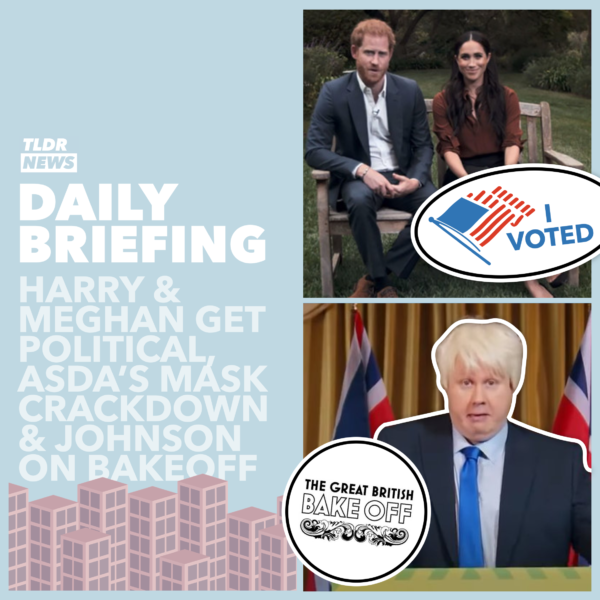 It should come as no surprise that it is now law in the UK to wear face masks in shops, unless you have a reason to be exempt – for example, a medical condition. But, when this rule was introduced controversy was caused as neither the shops, nor the police, agreed that it was their responsibility to enforce it. The argument the police made was that they physically are unable to enforce the wearing of masks in shops and issue fines – they had other police work to be getting on with.

Supermarkets made the argument that if someone had a legitimate reason not to wear one, they didn’t want to keep questioning them, and by virtue of this, making them feel stigmatised every time they came to a shop.

So, although the mask rule was law – it seemed like there was no way for it to be enforced. Today, though, it seems like the first UK supermarket is making steps towards cracking down on mask-wearing compliance.

ASDA have announced that anyone not wearing a mask on entry to their shops will be offered a packet of disposable masks at the door that they will be able to purchase at the end of their trip. In addition to this, they have taken on an additional 1,000 safety marshalls, whose job it will be to remind customers to wear masks and to ensure that baskets and trolleys are cleaned between uses.

Although ASDA appears to be the first supermarket to begin to push for more mask-usage, other supermarkets could follow suit.

In joint UK and US news today, a video message has been broadcast from Prince Harry and Meghan Markle, encouraging US citizens to vote, and to “reject hate speech”. Meghan went on to claim that this presidential election was the “most important” in her lifetime.

Although neither Meghan or Harry openly rejected Trump or endorsed Biden, considering Meghan claimed she would move to Canada if Trump won in 2016 claiming he was a “misogynist”, it has not taken long for people to connect the dots.

Obviously, some have suggested that this statement was intended to encourage people to vote against President Trump in November – which is a tricky situation for both Harry and Meghan to be in. Although they have left the royal family, they retained their HRH titles – meaning that commenting on politics is still frowned upon.

Exactly how the public will respond to this is still unfolding and yet to be seen.

Boris Johnson on Bake Off

In other, more lighthearted, UK news the first episode of a new series of the British institution that is The Great British Bake Off aired last night. Although the episode was filled with all the usuals – last minute mistakes, amazing show-stoppers and witty comments from the hosts, the episode featured a skit from the new host Matt Lucas.

In this skit, he dressed as Boris Johnson and presented a classic Downing Street conference, in which he asked Prew and Paul their opinions on the pronunciation of scone. Unfortunately, they did not agree and we are none the wiser.

Let’s hope this is cleared up in a future episode!