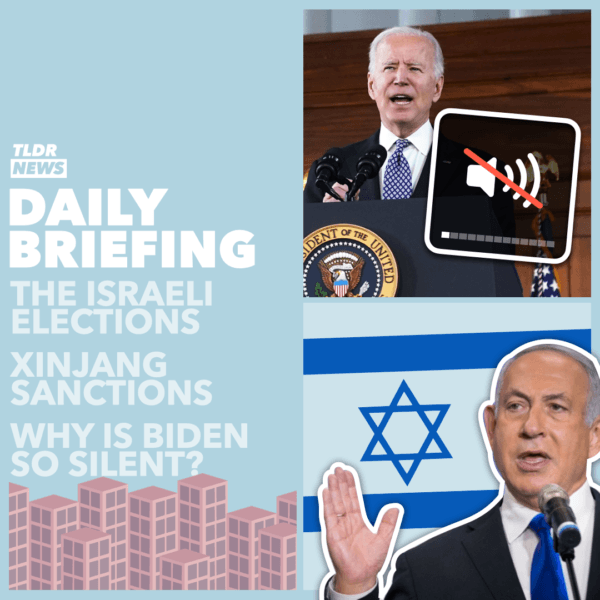 A Presidential Change of Pace

At the end of the day, this comes down to both of their approaches to politics. President Trump was loud, made deliberately controversial statements that would be picked up by the worlds’ media. After all, someone breaking convention and doing things differently is a lot more interesting to read about than someone simply doing what is expected of them.

But, is this change of pace a positive thing? Is Biden’s approach of tweeting once a day, rather than once every few minutes, a sign of a more statesman-like approach, or is it giving the electorate less of a window into the mind of the person leading them through the most difficult situation since the Second World War?

As Janan Ganesh from the Financial Times pointed out, President Biden has not addressed Congress yet either. Both of these aversions to address people whose job it is to hold him to account has led Mr Ganesh to question how accountable the President is – especially at a time when he is signing executive orders left, right and centre.

But, what do you think? Is Mr. Biden simply changing pace, and reforming the presidency to be less attention-grabbing, or has he over-corrected to the SIpoint that he’s now evading accountability?

In the second story today, we move to Israel to discuss their national election. President Benjamin Netanyahu has been at the helm of Israeli politics since 2009, meaning that he has led the country for more than 10 years. In that time, he has seen 3 different US Presidents, 3 French Presidents, and 4 UK Prime Ministers. His grip on power, though, might be beginning to fade – with four elections held in the last 2 years due to the country being unable to form a majority government or coalition.

With 90% of the votes counted in this latest vote, Mr. Netanyahu has 59 seats – 2 short of achieving a majority. This means that he can either run a minority government or he can form a coalition. The big question at the minute is, though, with who?

In a twist that few saw coming, Raam (an Arab party) has been projected to win 5 seats. Who they side with, is as yet, unknown. They could side with Netanyahu, giving them a joint majority, or they could side with the opposition parties – who together have 56 seats.

They have not yet stated their intention. Netanyahu is not a natural ally of theirs, but forming a coalition with multiple other parties would be incredibly difficult to maintain. If they opt for neither of these options, then the fifth general election in two years could be called.

It is important for us also to note that Mr Netanyahu is currently standing trial on corruption charges – something that opposition parties have claimed makes him unfit for office.

We’ll have to keep an eye on this story to see exactly which parties take on the responsibility of governing Israel – and whether we’re actually headed towards another election. We actually have a full video on this coming out on the TLDR Global channel very soon, so keep an eye out for it!

In the third story of the Daily Briefing today, we move to China to discuss the EU sanctions being placed on China over Xinjiang. In order to fully understand this situation, it is important to first understand what is happening to the Uighur population in the Xinjiang region of China. We have made a video explaining this – which we would encourage you to watch if you haven’t already. Very very simply, though, the Chinese government has placed severe restrictions on them, and in some cases have even detained them in so-called “re-education camps”. The US has accused them of genocide. Others have accused them of trying to eradicate the whole Uighur culture.

On Monday, Western government placed sanctions on Chinese officials, in a show of solidarity against human rights abuses. The US, EU, UK and Canada froze the assets, and introduced a travel ban, on four individuals and organisations that were accused of human rights abuses against the Uighur people.

This is the first time since Tiananmen Square that Western governments have coordinated to punish the Chinese regime.

The question now is, will these sanctions be enough? Will they have any impact on China? And will they have a profound impact on the relationship between China and the West?

In our final story today, we move to the EU to discuss vaccine sanctions. We’ve covered the disagreement between the UK and the EU about vaccine exports quite comprehensively over the last few days. What we haven’t discussed yet is the new policy, proposed by the EU, to punish countries that don’t export vaccines to them. Okay, so it’s important to actually understand firstly what this ban does.

It would only apply to countries that either import from the EU and have blocked the export of vaccines to the EU, or to those countries that block EU access to the ‘raw materials’ needed to produce the vaccines. The proposed law states that such countries pose a threat to the “security of supply” of vaccines in the EU.

Additionally, the law asks EU member states to consider how far other countries are through their vaccination program before allowing manufacturers to export vaccines there.

This law is a clear attempt by the EU to ensure that they are able to maintain the vaccines produced within its own borders are jabbed into the arms of EU citizens. After all, the EU’s vaccine rollout has been less than ideal. While some countries, such as the UK, have so far managed to give more than 50% of their adult population the first dose of the vaccine – the EU as a whole has so far achieved a figure of only 11.3%.

Baring these two statistics in mind, it’s not unreasonable to expect that the EU could use this new proposal to block AstraZeneca sending the UK more vaccine doses – in turn potentially slowing down the UK’s vaccine rollout plan.

Prime Minister Boris Johnson has come across as optimistic in interviews – seeming to suggest that he doesn’t believe that the EU will block vaccines from the UK.

But, what do you think? Will the EU block vaccines from the UK? If they do, is this the right move? Let us know your thoughts in the comments below.