Home Daily Briefing August 24th: The Return to School, an Update on the Vaccine and Home Testing Kits Run Out 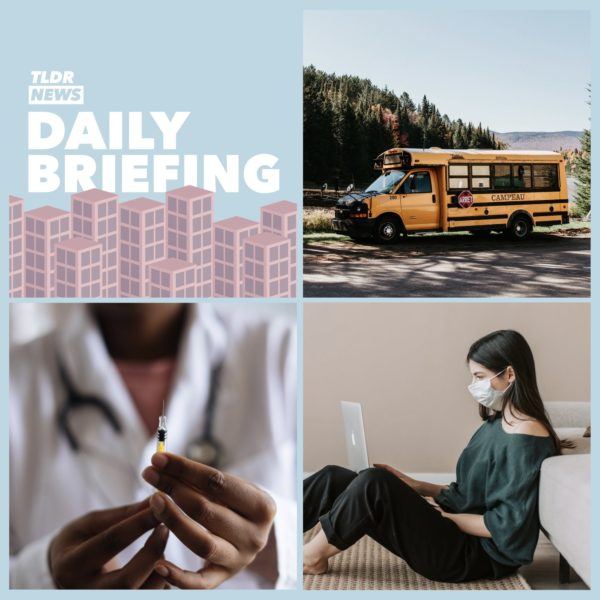 August 24th: The Return to School, an Update on the Vaccine and Home Testing Kits Run Out

The Return of School

The first story in the Daily Briefing today is about the new push from the government to get children back in school in September. It goes without saying that social contact has been reduced as a result of the pandemic – and this has, unfortunately, included schoolchildren. But, the government is keen to get kids back to school, despite concerns from some that this could be a danger not only to the school children, but also to the families of schoolchildren.

However, Prime Minister Johnson has said it is “vitally important” that children return to school, and claimed that cancelling school in September would be “far more damaging to children” than the risk of not being at school.

There is some evidence that children are less likely to spread the virus, as a result of the fact that they do not appear to develop symptoms as much as adults. This means that they are less likely to do things such as cough – which helps the virus spread. It has also been noted that a lot of transmission in schools have been as a result of members of staff – not students.

It should be pointed out, though, that Chief Medical Officer Chris Whitty accepts that the data on the virus spread from teenagers is weaker – and thus could potentially be more dangerous than younger children (such as those at primary schools or nurseries).

It should be noted, though, that the data we have seen on this isn’t the strongest and in order to make a fully informed decision on the matter, we advise you to check out some other sources.

An Update on the Vaccine

In other UK news today, it has been noted by Number 10 that if the Oxford vaccine is successful, UK citizens will be the first to be offered it. The UK government has signed a deal which means that they will receive 100m doses of the vaccine, if it proves to be successful.

This comes after US President Donald Trump claimed that he is fast-tracking the Oxford vaccine, in order for it to be authorised for ‘emergency use’ in October – mere weeks before the presidential election.

Some will be critical of both the US and UK for promising that their own populations will be given the vaccine first. This is because a growing number of people reject what is known as ‘vaccine nationalism’ – with Reuters pointing out that 71% of the British public reject this, claiming that they’d prefer to give healthcare workers abroad the vaccine before themselves if it means ending the pandemic sooner.

Exactly how the vaccine will be distributed, though, is unlikely to be known until it is fully developed.

In yet more UK news today, England and Scotland have both run out of home testing kits. Each day, there is a ‘daily allowance’ of home testing kits, which for some reason was hit very early today – reportedly only hours into the day. The reason behind the shortage is, however, unclear.

The NHS COVID-19 line has been apologising to those wishing to order a home testing kit today, as they have requested that callers make long trips by car to be tested in person instead.

Exactly how and when this shortage will be dealt with is, as yet, unknown.