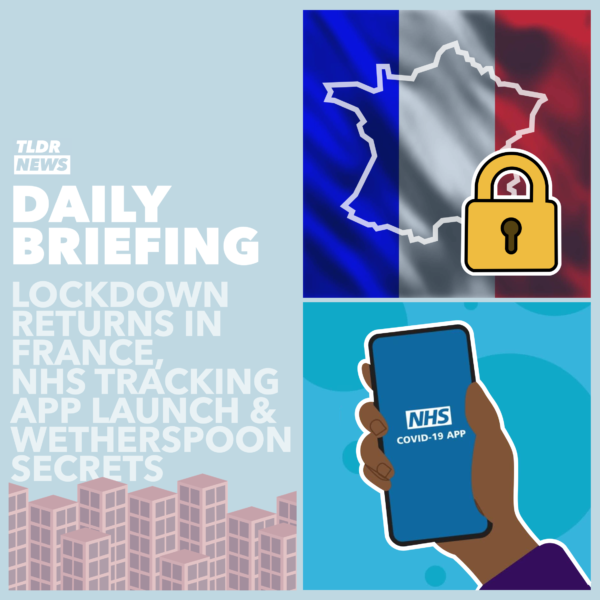 We all love to go to Wetherspoons for a bite to eat – whether it be for a brunch at the weekend or a mid-week treat with friends. However, did you ever wonder exactly how fresh the food is, exactly which items on the menu are simply microwaved and which ones are cooked from scratch?

Well, lucky for you, last week a Wetherspoons whistleblower came forward. Okay, so he’s not exposing government mass-surveillance schemes like Edward Snowdown, but it’s certainly interesting to know about. Or, at least, interesting enough to make it into the Daily Briefing!

The secrets were revealed to TikTok last week by the chef that goes by the name J Salsa – who has since been fired for both revealing the secrets of Weatherspoons and discussing his ongoing disciplinary hearing.

Okay, so enough background – let’s get onto exactly which items are cooked and which are microwaved. Let’s start with the most shocking revelation: that the whole breakfast fry-up is cooked. Many believed that this would be the prime suspect in the quest to find the microwave meal.

Instead, to many people’s surprise, the curry, pastas and lasagnes are actually the dishes that are simply warmed up.

Finding out exactly how Wetherspoons food is made wasn’t what we expected to be reported on this week, but as we keep needing to point out – 2020 is just hitting us left right and centre with stories we never expected.

In more serious EU news today, Paris and Marseille have been locked down yet again. While those of us in the UK are either making or seeing memes about pubs closing at 10pm, in Marseilles, pubs will have to close completely for two weeks – similar to the ‘circuit breaker’ idea that was floated by Prime Minister Johnson.

Parisians, however, managed to avoid this full lockdown, and can still frequent bars – provided it is before 10pm. So, maybe there are French memes about this 10pm rule too.

While Europe is experiencing another rise in cases, new measures to stop the spread should come as no surprise to anyone. Which begs the question – why is this particular story being reported on in the Daily Briefing?

Well, the scandal here comes in the fact that local leaders in both Paris and Marseilles were not made aware of the new restrictions before they were announced. While the coronavirus pandemic continues to put pressure on overworked civil servants and heavily scrutinised politicians, it is also demonstrating the relationship between local and regional governments and national governments.

In the UK, England, Wales and Scotland are all being led by separate governments through the pandemic. However, local lockdowns in England are being imposed by the national UK government. This element is similar to France, with the restrictions in both Paris and Marseilles being imposed by a national French government.

Exactly how effective the nationally-imposed local lockdowns will be is yet to be seen.

In UK news today, the brand new COVID-19 Track and Trace app has been released after months of development and set-backs. Already, the app has been downloaded more than a million times.

In order to use it, users must have a phone that runs either Android 6.0 or iOS 13.5. This is a particular point of controversy, as older iPhones (such as the 6) are incapable of running this software, meaning that those that are not as tech-savvy and are not as fussed about having the latest all-singing all-dancing phones may miss out on a key element of the track-and trace system. The app is being touted by the Department for Health as something that helps to protect loved ones and communities – which is why the lack of availability for less tech-savvy users is being called into question.

The other point of controversy was related to instructions from the app to isolate. The app uses Bluetooth technology to determine who the user has been near enough to catch coronavirus from, and then instructing them to self-isolate if any of them test positive. Last night, the government suggested that instructions to self-isolate would be legally binding, and would mean that any user who fails to self-isolate when instructed would be liable to a £10,000 fine. However, they have backtracked today, and suggested that as the app is designed to keep users anonymous, there would be no way for authorities to know who is being told to self-isolate and, therefore, any instructions are simply advisory. This isn’t to say that isolating should be up to the user – they should do so – it is just that the authorities cannot issue fines for failure to do so.

We should point out that instructions to self-isolate by the manual track and trace system (which use phone calls to instruct people to isolate) are required by law, and failure to isolate when told to by them could lead to a £10,000 fine.

For the app to work as effectively as possible, a very high proportion of the population needs to install it – so, as someone who wants this whole nightmare pandemic over as soon as possible, please download it!