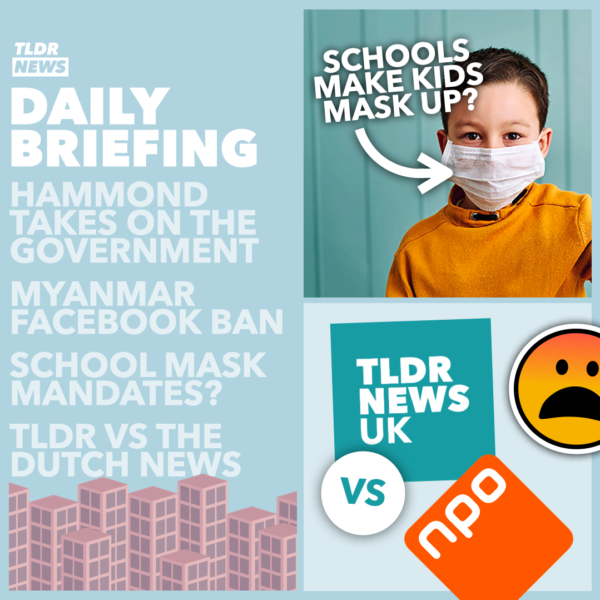 In the first story of the Daily Briefing today, we stay in the UK to discuss some comments about coronavirus spending from the former Chancellor Philip Hammond. While he has been no huge fan of the new government, he has today made some pretty bold statements about their ability to do the right thing in relation to coronavirus spending.

Specifically, he has said that the government needs to inform the public of the “home-truths” about the situation we’re in – claiming that the pandemic has been the fiscal equivalent of “fighting a war”. He wasn’t particularly optimistic about their ability to do so, though, claiming that the current government views its short-term popularity as “very very important”. He went on to claim that he’s not sure the current government has the “appetite for being unpopular in order to do the right thing”.

It should be reiterated here that Mr. Hammond has been a critic of the current government, and that his views are evidently reflective of this.

In response, a treasury spokesperson stated that Chancellor Rishi Sunak “will be honest with the British people”.

These statements come in the days leading up to next week’s budget, where many will be watching to see whether the government stands by the policies that have generously been paying the wages of those unable to work, or whether they will begin to start financing such policies through tax increases. Only time will tell.

For the second story today, we move to Myanmar to discuss the latest in the ongoing coup. It has today been announced that the Myanmar military (who were behind the coup) have been banned from using Facebook and Instagram.

The company has stated that “we believe the risks of allowing the Tatmadaw (Myanmar army) on Facebook and Instagram are too great” and added that any commercial entities linked with the military would be banned from advertising on Facebook.

Their justification for the move has been “exceptionally severe human rights abuses and the clear risk of future military-initiated violence in Myanmar”.

This move comes following social media companies taking a more active role in banning political actors they deem to be using their services for the detriment of wider society as a whole. Many companies banned former President Donald Trump from using their services in the aftermath of the siege on the Capitol. We’re not commenting on whether it was right for social media companies to do this – simply that they did, and that this action against the Myanmar military is in line with such action.

In the third story of the Daily Briefing today, we move back to the UK to discuss mask-wearing in school. I don’t know if you’re like me, but my school was fairly strict about uniforms. If your tie was too short, you’d be told to sort it out. No debate, just sort it. Other schools have been even more harsh than this, with some reports claiming that one school sent 150 kids home for wearing shoes with too many laces. Another school was in the papers for sending 50 kids home for wearing trainers, short skirts and tight trousers. It has been made clear that while some may claim that this is excessive, schools are able to do this – provided that the disciplinary action of sending a child home is in line with their behaviour policy.

While schools have, therefore, been able to send kids home for uniform violations – they are not allowed to send children home for not wearing masks. While they have been advised to do so, they should not be “denied education” for failing to wear one.

While there will likely be strong opinions both for and against this move, it’s hard to deny that this breaks with the rather strict punishments that can be levied against students for uniform violations.

This isn’t just a UK or school issue though. Should schools, workplaces, wherever be able to deny access for failing to wear masks?

You might remember that yesterday we happily shared with you that the Dutch state broadcaster had included a clip from one of our videos in their broadcast? Anyway we shared a clip of that in yesterday’s daily briefing. Bare in mind that clip was 75% our content that they’d broadcast, and 25% their host introducing the clip.

Then yesterday evening after the briefing went live I noticed that I had an email from YouTube saying that the video had been copyright struck. The news channel had claimed our video saying that we had stolen their content by putting the clip of the news broadcast in our video. Now we can debate the semantics of fair use, but 75% of that clip was our own video. And make no mistake, their claim includes the section of the video which is our own animation – content that we made they’re saying is theirs.

Why is it theirs? Well they broadcast it on national TV so it must be theirs right? Well wrong. And here’s the most juicy part, we never gave them permission to put it on TV in fact I don’t even have any record of them asking for permission. So they’re claiming our YouTube video because it contains a section of our own animation that they broadcast, broadcast without our permission.

Now I’m not angry about them using the clip, it’s kind of cool it was on TV even if I’d rather have given sign off. I’m also not that angry about the copyright claim, ironically the video had already been demonetized because of another story in yesterday’s briefing, so ultimately they’re claiming a video with $0. But it really just shows how broken YouTube’s copyright system is. That this likey automatic claim flagged our video despite the fact that they themselves stole the content.

Anyway, it was such an absurd story I couldn’t resist informing you and don’t worry we’ve disputed the claim. They can keep the $0 but I need the moral victory. Of course I’ll keep you updated as it plays out so keep watching the Daily Briefing.