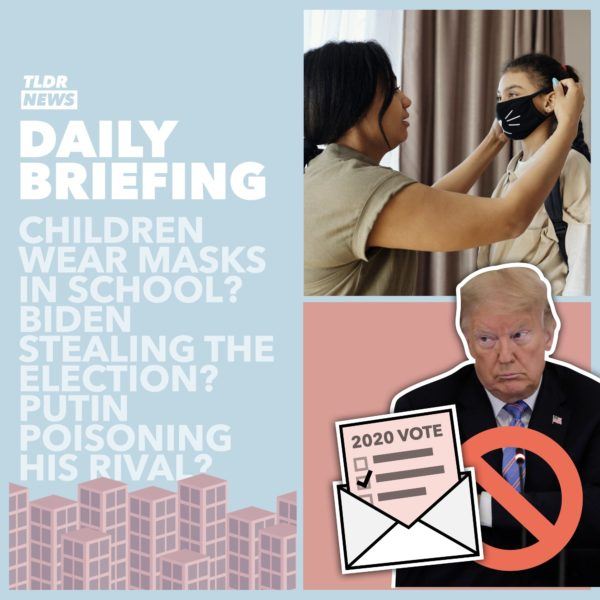 August 26th: The Jacob Blake Shooting, Another Government U-Turn and A Hero Boy

The first item in the briefing today concerns a story that is incredibly tragic and highlights how much more needs to be done by society to tackle the abhorrent issue of racism. Over the weekend, Jacob Blake was shot by police eight times in the back in front of his own children after attempting to get back in his car. Mr. Blake has now been paralysed from the waist down. This violence by the police toward an unarmed black man has prompted two nights of protests in Wisconsin.

Tragically, two protestors have been shot dead at the protests by a gunman shortly before midnight on Tuesday. An investigation is currently underway to identify who was responsible. The victims have not been named.

If you wish to donate to the Jacob Blake GoFundMe, then you can click here.

In UK news today, the government has committed another U-turn over the use of face-masks in schools. As we mentioned in yesterday’s briefing, Scotland has already made masks mandatory in secondary schools (although, not when in class, just in corridors etc). Prime Minister Johnson has, today, even claimed that the decision to make the rules around masks similar in English schools was guided by Scotland.

This has led some to even claim that it is appearing, at the moment, like the UK government is following the lead of the Scottish government. It was only last week that the government issued the same U-turn that the Scottish government has previously made over A-Level results. Charles Walker, the vice-chairman of the 1922 committee, claimed that “Things now seem to be changing on a daily basis, and there is now growing concern that they tend to change about three days after Nicola Sturgeon makes a decision”.

Clearly, then, some are not happy about the seemingly indecisive nature of the current government. Others though will see it as a sign that the government is willing to be flexible and move with the advice.

In more positive news today, it has been shown today that a heroic young boy from Telford has saved his mother. The five-year-old boy rang the number 112, which was printed on the side of his toy ambulance, when he saw his mother lying unconscious on the floor. It turns out she had slipped into a diabetic coma.

He stayed on the line while the operator told him what to do. As a result of his actions, he was offered to be shown around the local police station – which he accepted.

The superintendent from the police station has said that he hopes to see the boy as a recruit in the future.