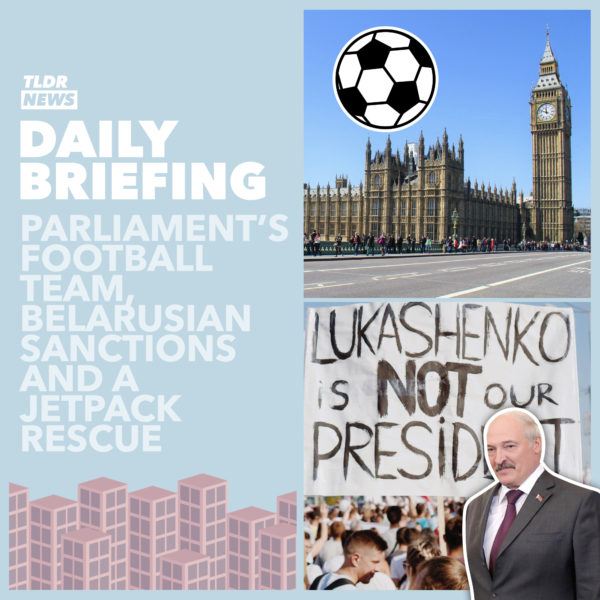 The first story today is about the ongoing tension in an incredibly important group within the House of Commons. While elections usually determine the heads of the select committees in the Commons, in this particular group, it seems like a small coup has taken place in order to gain control.

The group we are discussing is the parliamentary football team. Following the election of the Conservative MP Karl McCartney, on the back of his fellow Conservative MPs, Labour MPs threatened to boycott the group. They claim that no discussion was had with them over who chairs it.

After a zoom discussion about how to proceed, an agreement was reached that the Conservatives and Labour would have joint control of the football team, with Labour MP Justin Madders being appointed as co-chair.

Seems like politics is beginning to grow up. At least, in respect to football.

In other UK news today, sanctions have been announced for Belarusian leaders for human rights violations. These sanctions include the authoritarian Belarusian President Alexander Lukashenko, his son, and other senior figures.

Following the presidential election this year, Lukashenko has doubled down on his efforts to maintain power by detaining protestors, usually by unmarked officers. These protestors have reported being beaten while detained.

The sanctions imposed on the Belarusian figures include a travel ban and the freezing of assets of the individuals.

We will update you about developments in Belarus as they happen.

In more lighthearted UK news today, it appears that jetpacks could be used by paramedics in the Peak District. Following discussions between the Great North Air Ambulance Service and Gravity Industries, it was agreed that jetpacks do, indeed, seem like a viable option.

According to the Air Ambulance Service, the paramedic using the jetpack took only 90 seconds to reach the casualty, whereas the standard time for them would usually be around 25 minutes.

The also claim that this technology would serve the same purpose as a motorbike being used in the middle of a city. The aim is for the technology to be used in summer next year.

It seems like the future is closer than ever!