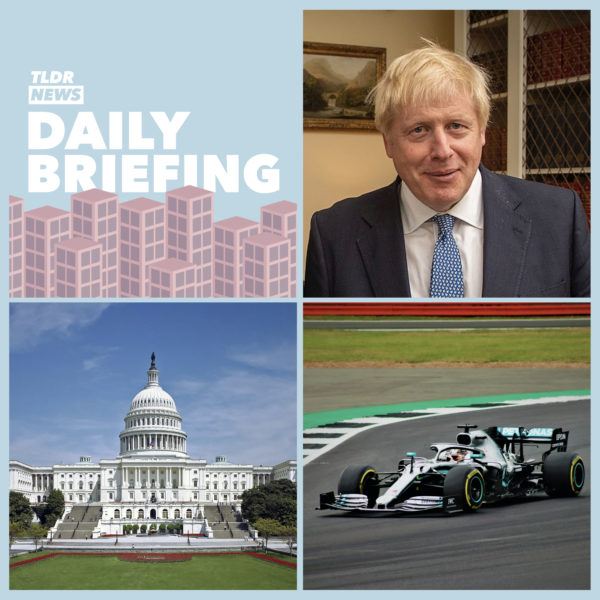 The first story we’d like to start with today relates to a very brave young man who has been battling cancer. Matty Hatton, who is 15 and from Leicisiter, has been battling a brain tumour since 2016 and has been undergoing chemotherapy. When he relapsed, he was told by the doctors that he could do nothing, or undergo further treatment. He claimed he wanted to “fight this to the bitter end”.

Although he had been trying to experience and do as much as possible while living with his cancer, this has been hindered by the current pandemic. Obviously, Matty is shielding. Despite this, many celebrities have been sending him cards and presents from all over the globe.

Most notably, astronaut Tim Peake has sent some patches he wore on his spacesuit when he visited the International Space Station. Other celebrities such as Leicester forward Jamie Vardy and TV hosting duo Ant and Dec have also sent well wishes.

When researching stories for today’s briefing I felt compelled to include this story, as it just shows how determined some people are and how brave people can be. This young man has truly inspired me today, and shown that no matter what happens – people will power through. On a personal level, I want to just say how inspiring and, frankly, amazing you are Matty – and that I hope you are still able to do all the things you want to, despite the pandemic.

In other news, Prime Minister Johnson has today announced that he will “squeeze the brake pedal” on easing lockdown. Although some industries, such as bowling and live indoor performances, were set to be allowed to restart again tomorrow – this unfortunately will now no longer be taking place.

He also announced that on the 8th August, face coverings will become mandatory in more indoor places where interaction happens between people who do not regularly spend time together. This includes cinemas, museums and churches.

This comes only hours after the government announced new regional lockdowns in places such as Greater Manchester and West Yorkshire.

As part of this briefing, Chief Medical Officer Chris Whitty claimed that we may have hit the limit on social interaction, and that in order to open up more we may need to sacrifice other forms of interaction. It is not yet clear whether this decision will be made on a government level or whether it will be left up to the individual.

In US news, it appears that Trump’s suggestion that the election should be delayed has been rejected by his own party. Both the leader of the Senate and the House of Representatives have claimed that the US election has never been delayed before – and that now is not the time to change that.

It is, therefore, looking increasingly unlikely that the November election will be delayed.

And finally in sporting news, Lewis Hamilton has today announced that despite his contract with Mercedes being up at the end of this year, he intends to be in Formula 1 for at least another three years. This is roughly the same amount of time that I intended to include references to the musical Hamilton in these Daily Briefings.

For those of you who think the news is too long, have a read of the next daily briefing on Monday.