What Happened in The Peterborough By-Election? and What Does it Mean for Brexit?

Peterborough is a marginal seat. It has previously been held by both Conservative and Labour MPs on narrow margins since the late-1990s. At the previous general election, Labour gained the constituency from the Conservatives by a margin of 607 votes. The 2015 margin was 1,925. In the 2016 EU referendum, 60.9% of the constituency voted to leave the EU. Following from the EU elections in May, Peterborough was a target seat for the Brexit Party. However, the seat is undergoing a demographic shift that has tilted the seat towards Labour since the EU referendum. This provided the basis for a close result.

The results for the major parties is as follows: 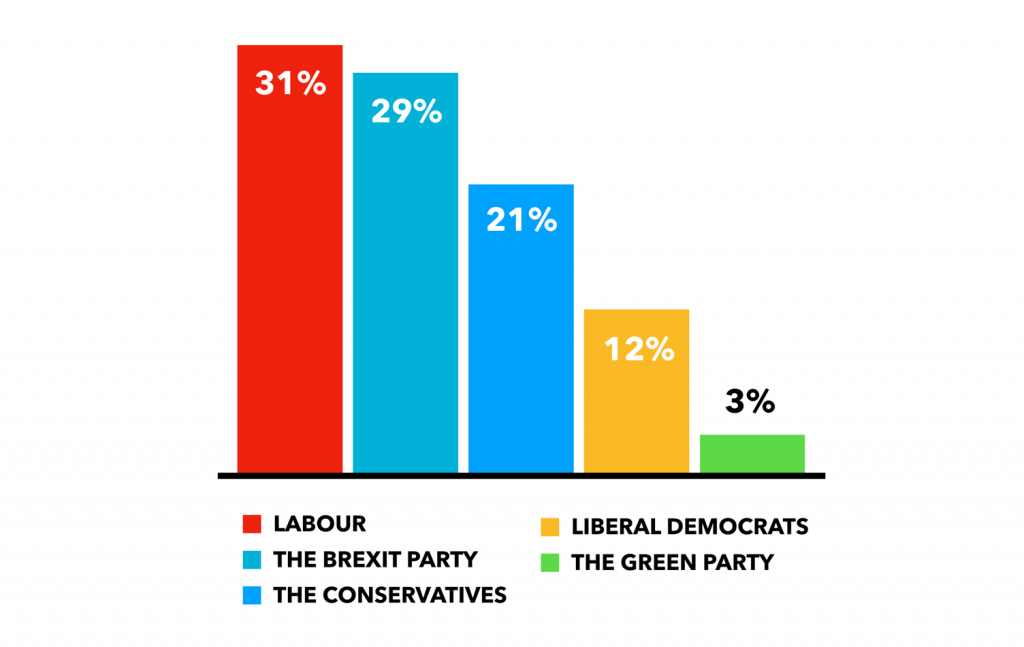 It’s clearly a very close result,  with Labour only having a majority of 683 votes. So what does this marginal win show us, what does it mean for Brexit?

First, from the Labour perspective. The result shows that the Labour policy of strategic ambiguity is not having a disastrous effect on the Labour vote at a constituency level; they didn’t lose votes in a similar proportion to their EU election defeats. While Labour gained Peterborough, it cannot be seen as a victory. Labour’s share of the vote dropped by 17% compared to 2017. For an opposition party, this is not a good sign, Opposition parties are expected to make gains in by-elections against the governing party, however, Labour fell back considerably in a seat they previously held.

This will make it harder for remain-supporting Labour to shift Labour’s policy towards a more pro-remain or pro-second referendum position. The narrow margin in which they won by, may indicate that a more pro-remain position could have cost them the votes of traditional Labour voters that support Brexit.

From a Conservative perspective, they can breathe a sigh of relief. There were concerns that the Conservative vote would be as poor as it was in the EU elections. However, their showing was much better than expected. The Brexit Party (BXP) result, however, will continue to be a cause of concern amongst Tory MPs during the leadership hustings. If they had won the seat, it would have undoubtedly given Boris Johnson’s leadership campaign a boost. However, the stronger than expected Tory vote reduces it and divers it to more moderate, or so-called ‘Cabinet Candidates’ like Michael Gove and Jeremy Hunt.

It does clearly show is that Brexit and the BXP pose a serious threat to the Conservatives in parliamentary elections as well as EU elections. In a first past the post electoral system, a party like BXP can spell disaster for the Tories, as it splits their vote, as it did in the Peterborough by-election. This would result in a greater seat take for Labour on a lower percentage of the vote. Therefore, this emphasises the need for the Tories to elect a leader who is able to put BXP back in their box by delivering Brexit in a timely and sustainable way, amongst other issues.

From a BXP perspective, the result is a disappointment, especially as they were the favourite to win the seat. Disappointment is a bitter pill to swallow. However, it is also an important lesson for them. From some accounts, the BXP campaign faltered at the last hurdle. They lacked the organisational infrastructure to direct their campaigners on the ground to ‘get out the vote’ on the final day. Something established parties wouldn’t have struggled with. Their strong showing also reinforces their message that they are not a one show pony and pose an electoral threat at a Westminster level. Transitioning from EU to Westminster elections is something UKIP never succeeded in doing, however, the BXP are demonstrating that they are better placed and have the ability to make that transition.

The by-election result is a single test in an ever-changing political dynamic. However, it encapsulates the new political climate the UK is facing – more polarised and unpredictable than ever.