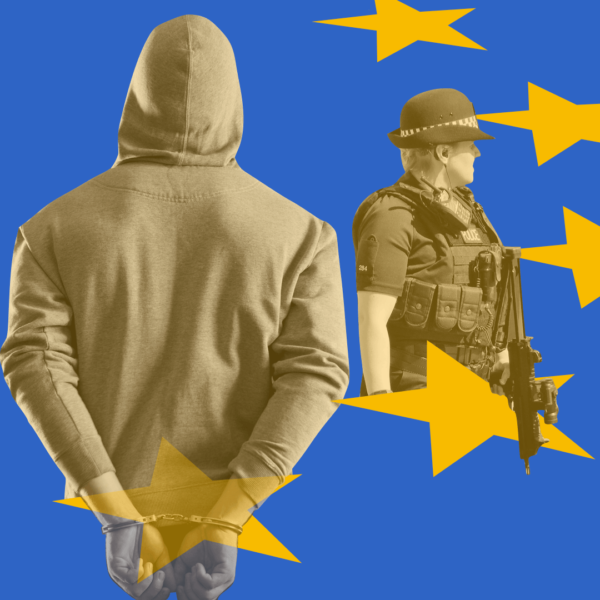 Of the five thousand criminal organisations under investigation in Europe: 70% operate in several countries and 45% in several criminal areas, their members have 180 different nationalities, though 60% are native European.

Organised crime pollutes the economies of European states. Major profits from large-scale illegal activities must be laundered to enter the clean economy through external specialised groups. The sums involved are enormous. Consider that just one Chinese criminal group active in human trafficking, uncovered in Spain laundered over €340 million from 2009 to 2015. Despite a large amount of the money returning to China, the laundered money becomes a burden on the real economy. Particularly, through businesses distorting free competition. Taking just the Italian Mafias, a Europol report from 2016, revealed their infiltration into the legitimate economies of Spain, the Netherlands, Romania, France, Germany and the UK.

But, how does it happen?

Primarily through real estate investments and participation in public or private contracts, particularly in the field of construction, public utilities and waste disposal. The Transcrime Organised Crime Portfolio (OCP) notes that cases of organised crime investments were found 24 out of 28 EU states, predominantly in Italy, France, Spain, the UK, the Netherlands, Germany, and Romania. Dirty money, the OCP study says, is mostly in areas with a historically strong presence of organised crime groups, in border regions, illicit trafficking zones (such as Rotterdam and Marseille), large urban areas (including London), or tourist districts (in particular, Côte d’Azur and Malaga) and capital cities. Southern Spain, for example, attracts both the dirty money of Italian mafias, Russian criminals and northern European biker gangs. In recent years, criminal investments focused on sectors are wide as, renewable energy, to waste collection and management as well as gambling. The spectrum of polluted economic activities and institutions is a broadening spectrum within the EU.

The drug market is still the largest illicit market in the EU, focused on by a third of the groups, for a value estimated at €24 billion a year. Though heroin, cocaine, and, in part, cannabis are produced outside EU borders, synthetic drugs are mainly locally made and exported to the rest of the world. The Czech Republic is the main producer in Europe of methamphetamine, in which Vietnamese organised crime plays a prominent role. While, in 2014, the Fuelco operation, involving 12 EU countries, led to the seizure of a half-ton of cocaine that came from Brazil by air and arrested about 200 couriers.

The production, trafficking and cultivation of synthetic drugs in Europe takes up the lion share of organised crime activity and profits, as well as prompting major social-political initiatives in individual countries. Nevertheless, there is emerging trade in trafficking in migrants and exploited labour. According to an Austrian report, almost all the over 1.5 million illegal migrants entering the EU between 2015 and 2016, by land or sea, paid a criminal organisation.

Another thriving black market is counterfeiting, which involves frequent alliances between the Camorra and Chinese groups – going well beyond the superficial replication of clothes and accessories. For example, a 2016 Eurojust report revealed that Camorra affiliates bought a generator made in China for €35. In Naples, they labeled it with a famous brand and resold it for €400, as opposed to €1250 for the original. Such products, including dangerous equipment like electric saws and drills, did not respect European safety standards but were sold in twenty European countries. The investigation resulting in the imprisonment of 67 perpetrators and the seizure of assets of €11 million.

Recent trends in mafia investment in Europe have revealed a move towards more ‘limited’, flexible mafias, less focused on violence and more on financial manipulation and control. This has produced a variety of governmental and institutional responses throughout Europe, such as the Anti-Mafia Commission of the European Parliament. Although this has experienced limited success, with some skepticism regarding this penal approach. Professor Ernesto Savona, Director of Transcrime, argues that “international confiscation” rather than “anti-mafia legislation” will prove more effective, with “more cooperation between national police and more training.” Critically, Savona concludes that the ties between dirty and clean capital need to be cut. Regarding investigative cooperation, the European Public Prosecutor’s Office also experienced considerable failures, despite some positive co-ordination it remains limited in terms of complete EU negotiations. Meanwhile, individual cooperation procedures remain burdened, with different standards in national legislation within the EU, often seeing organised crime largely as an Italian problem, underestimating the transnational dimension.

Money laundering investigations are smoother as European legislation on it is more uniform and consistent. The practice, however, is not uniform. There is a permeability to the borders of European countries which facilitates the development of organised crime. Fabrizio Fantini, head of international relations at DIA, explains for example that “judges want proof given before approving the wiretaps. This makes it hard to investigate, for example, unexplained wealth, or a clan that is in the process of forming. That is why we insist on preventive measures, such as ensuring that no license is granted to dangerous persons. “As in Europe, borders exist only for judges and law enforcement; a license for online gambling obtained in Austria can be made valid throughout the EU because of free movement. He goes on to address the legislative loopholes which are regularly exploited by crime organisations. “The Netherlands Antilles are part of the Netherlands, but the European Arrest Warrant doesn’t apply there. And the criminals know it.” It’s a short way from the Antilles to Cayman and then we come up against the issue of non-traceable financial assets. Interestingly, Fantini concludes, “Offshore accounts are central to the fight.” “And with Brexit, who’s to say that the UK won’t become a tax haven?”

From local to national politics; and individual economic institutions to transnational conglomerates; to single towns or major metropolitan centres, the tentacles of organised crime stretch across and deeply into the landscape of Europe. This was the first in a series of articles exploring the relationship between organised crime, politics and economics in Europe, drawing out the processes of infiltration and corruption. As well as how the European Union and other states are attempting to combat the pervasive issues associated with organised crime, both historically and contemporarily.

The next article in this series will focus on the ‘Italian Question’, how the country has become synoymous with organised crime and the epicenter of modern developments across Europe.