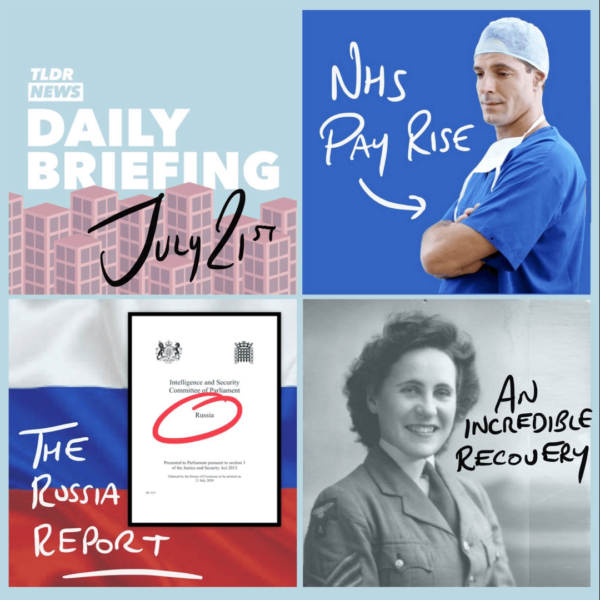 It should go without saying that in the UK we hold the NHS in very very high regard. In fact, 90% of people supported the founding principles of the NHS and 77% of people thought the NHS should be maintained in its current form in a poll conducted in 2017 on the NHS’s 70th anniversary.

Although polling hasn’t yet been conducted on the public’s attitude to the NHS since the outbreak of COVID – considering the weekly clap-for-our-carers events and the outpouring of support for the NHS generally, it is fair to assume this has gone even higher.

It should, therefore, be good news to people across the UK that these heroes are getting a pay rise. Chancellor Rishi Sunak has announced that 900,000 public sector workers will get a pay rise. Although NHS workers are included, so are a number of other workers. These include the police, teachers, the armed forces and dentists.

The pay increases range from 2% to 3.1% – which is above inflation. However, the Shadow Chancellor Anneliese Dodds claims that this does not make up for the real term pay cuts that have taken place for NHS workers over the last decade.

This story comes after MPs voted down an amendment that would have prevented foreign interference in the NHS on the back of a trade deal –  a topic we may discuss in an upcoming video.

In other UK political news, the much-awaited Russia report has today been published. The main finding of this report was that there was no clear line of accountability for Russian interference in the UK. Some were expecting the report to be more explosive than it was, and far more critical of the government. While it wasn’t as critical as some expected, it still claimed that the government were playing “catch up” in relation to Russia and provided suggestions in relation to how best to deal with the threat.

If you want to know more about this report, a video will be released about it tomorrow morning (Wednesday 22nd July) – so make sure you’re subscribed to TLDR UK for updates on that.

And now onto the topic that is completely unavoidable at the moment: coronavirus. However, the news today is of a slightly more light-hearted nature.

It has been discovered today by market research company Kantar that Brits have spent £24m more on tea and coffee and more than £19m more on biscuits in the last 3 months than normal. Clearly tea and biscuits is the coping mechanism for many trying to deal with the unprecedented global crisis occurring right now.

Kantar did not discover, however, that 90% of this increase in spending on tea and coffee was solely by the TLDR team trying to power themselves through the day.

In other light-hearted and good news – a British woman who survived coronavirus, and a whole host of other things. Joy Andrews, who is 99, was in her car in World War II when the chauffeur tried to crash it in order to kill her – he turned out to be a Nazi. Later, she became an air hostess and was on a plane that ran out of fuel and crashed – which she survived. She has also battled breast cancer in the 1970s.

In May she contracted the novel coronavirus, and was put on end of life care. Against the odds, she pulled through and survived and has made a full recovery.

Stories like this go to show that despite the current pandemic, there are still miraculous stories out there worth reading – even when everything on the front pages of the news are either so serious or depressing.

We will continue to try and bring you such stories as part of the daily briefing.

For those of you who think the news is too long, have a read of the next daily briefing tomorrow. Subscribe to the newsletter at tldrnews.co.uk/daily.