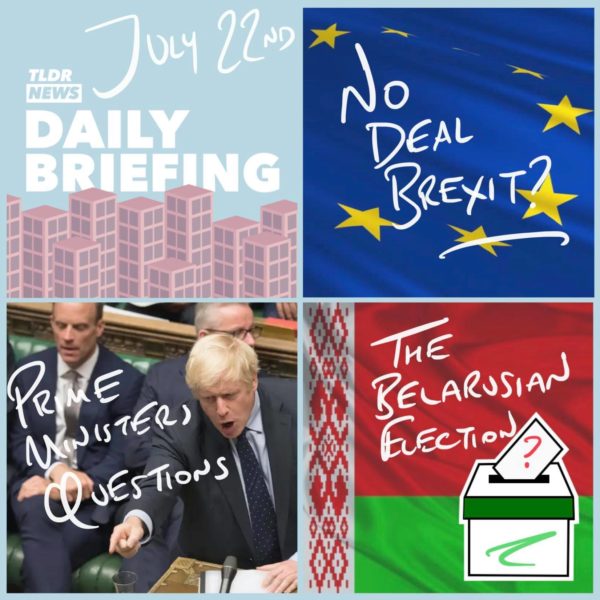 To begin today’s daily briefing, we thought we’d take you back to a world where Brexit was the biggest news story. So sit back and enjoy the talk of trade deals instead of viruses.

The Telegraph has today announced that the government is working on the assumption that the UK will fail to reach an agreement with the EU on Brexit – thus leaving the UK to trade with the EU on WTO terms. The Telegraph claims that this is the working assumption because the UK and EU cannot agree on issues such as fishing policy and the role of the European Court of Justice.

According to a senior source, the government has taken a hard line in the negotiations, refusing to budge on ‘fundamental’ topics such as fishing. This source claimed that the negotiations are, therefore, “in the hands of the EU”.

It seems like the UK is simply running out of time to negotiate a deal – with Prime Minister Johnson’s self-imposed July deadline for a deal approaching very fast indeed.

Moving onto more UK news, today featured a particularly jovial Prime Minister’s Questions. While the joust mainly focussed on Russia – with questions being raised to Sir Keir Starmer about why he didn’t back Johnson as Foreign Secretary when he expelled diplomats over the Sailsbury poisonings. Starmer also asked the Prime Minister why he ‘sat on the report’ for so long.

Irrespective of this, both Starmer and Johnson tried to lighten the mood. Starmer claimed that the government had “taken it’s eye off the ball – arguably it wasn’t even on the pitch”. The Prime Minister himself criticised Sir Keir Starmer later for having “more flip-flops than Bournemouth Beach”.

It is fair to say that neither should pursue a career in comedy if the whole politics thing doesn’t work out.

In other news, the UK and US have closed a loophole which allowed the wife of a foreign diplomat to evade justice by citing diplomatic immunity. In August 2019, Harry Dunn was tragically killed by Anne Sacoolas (the wife of a US diplomat working in the UK) when she hit his motorcycle with her car. She was driving on the wrong side of the road. She was charged with death by dangerous driving – but claimed diplomatic immunity and fled to the US. Although the UK requested her extradition to the UK, this was denied.

It has today been announced that the loophole that allowed Ms. Sacoolas to claim diplomatic immunity will be closed – meaning that the partners of US diplomats will no longer be able to evade justice in such a way. It has been made clear, though, that this change is not retroactive – meaning that the situation regarding Ms. Sacoolas will remain unchanged.

In other European news, Belarus is heading into an election next month. The incumbent, Alexander Lukashenko, has been in charge since 1994 and is the only president the country has had. Not one election that has been held there has been judged to be free or fair – according to a BBC Report.

In this election, many of the opposition candidates have been arrested. The wife of one of the candidates has decided to run against Mr Lukasheko following her husband’s arrest. She stated in the report that she is scared to do so and is a reluctant candidate.

As the election ramps up, protests have too. In a BBC report, it was shown that multiple people were snatched from the street simply for protesting against the government. In fact, as part of the report, the BBC cameraman was arrested and their footage of the protests deleted.

This story highlights how essential freedom of speech and freedom of expression is and that it must be defended. We will try and keep you updated on how the Belarus election progresses and ensure that state sponsored censorship and imprisonment of journalists does not go unreported. If you want to learn more, please watch the BBC report here.