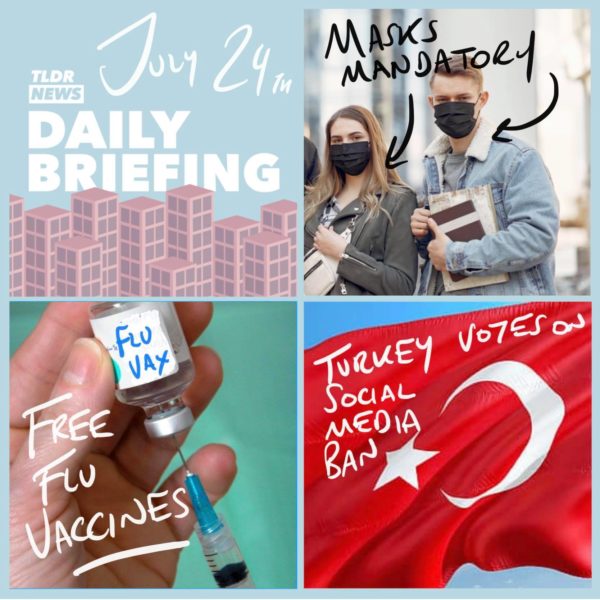 Face Masks in the UK

As we mentioned yesterday, today is the day that facemasks are being introduced as a rule to UK shops. So, we hope you all have yours ready when you do decide to venture out to buy prosecco and pringles. If you don’t you could face a £100 fine.

But, who will fine you? Who is it down to – the police or the shop? Well that’s the big debate today. The policing federation argue that it should be down to the shops – as the police simply do not have the staff to enforce it. This obviously leads to questions about how people who legitimately have a reason to not wear a mask could be identified. If this is too harsh and requires documents, certain groups will claim this is discriminatory. If it is too lenient, then someone could simply claim they have a certain condition which allows them to enter the store without a mask – rendering the rule pointless.

Neither option is preferable – and this is reflected by some supermarkets’ response. So far, Sainsbury’s, ASDA, the Co-Operative and Costa Coffee have all already rejected the suggestion from the police federation that it should be the supermarkets that police the policy.

In other UK news today, Prime Minister Johnson has announced that around 30 million people will be offered a flu vaccine for free. This includes everyone over 50 and children up to year 7 (the first year of secondary school). It also includes those shielding and all those that live with them.

While there was a scheme already for free vaccinations – this was fairly limited. This expansion of the scheme aims to reduce the pressure on the health system by reducing those who require medical attention from flu related symptoms.

It should go without saying that this scheme is being rolled out in order to try and reduce the impact a second wave of coronavirus would have on the NHS.

Prime Minister Johnson even seemed quite invested in this scheme this morning. In a discussion with healthcare professionals – he branded anti-vaxxers ‘nuts’.

In global news, Turkey today is voting on a controversial new bill that could see Facebook and YouTube banned. The new piece of legislation would mean that social media companies with more than a million users would need a physical presence in the country or a representative who would be legally accountable to Turkey.

If any posts on the sites break Turkish rules, they would be subject to huge fines or even having the bandwidth to their sites bottlenecked.

Another part of this bill would mean that the government could tell newspapers to remove content from their website within 24 hours.

It therefore looks as though Turkish President Erdogan is again tightening his grip on power and further limiting the freedom of the press.