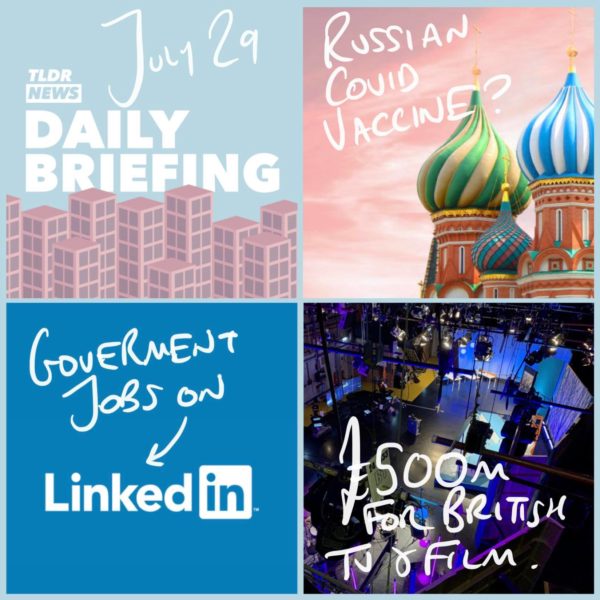 A Government Job Listed on LinkedIn

As we all know, employment is becoming more difficult to find at the moment. The current pandemic has worsened economies all over the globe, and has closed numerous businesses. However, if you’re reading or listening to this and are currently seeking employment, then we might have an option for you.

In yesterdays’ briefing we spoke about Prime Minister Johnsons’ plan to create a White House style briefing in Number 9 Downing Street as a new way to communicate with the public. Well, it has been announced on the Conservatives’ LinkedIn page that they are seeking a spokesperson to front these briefings.

The skills that they are looking for are “excellent risk management and crisis communication skills” and the salary, although dependent on experience, is suggested to be around the £100,000 a year range.

While the government is obviously claiming this would be a good thing, Labour are worried that they may not be able to scrutinise as easily – with the Leader of the Opposition Sir Keir Starmer claiming that he is currently looking into ways of being able to reply to the briefings.

Funds for TV and Film

In other news, the UK Culture Secretary Oliver Dowden has promised a £500m scheme which aims to kick-start UK film and TV production. Although many TV shows and movies have been released during lockdown – including The Politician Season 2, Hamiltonand the film the King of Staten Island – it is possible that there may be a black hole of new content upcoming. This is because filming has been made difficult due to lockdown.

Undoubtedly, though, this money will come as a relief to production teams across the UK, allowing them to fund new projects. Coronation Street, Emmerdale and Top Gear have all resumed filming.

Vladimir Putin has claimed that the vaccine would not be used unless it was absolutely safe. Allies of Mr Putin have claimed that “Russia will get there first”, which has led to the Russian leader to claim it would be a moment of huge national pride if Russia is the first nation to succeed with a coronavirus vaccine.

Many nations are currently engaged in a battle against time to develop a coronavirus vaccine, believing that if they manage to get there first it will be a huge victory for them. This could help them both diplomatically and financially – depending on how they decide to distribute the vaccine.

Finally, in more UK news, pressure is growing on the Prime Minister to abandon the 14 day quarantine rule for passengers returning from Spain and, instead, replace it with testing at the airport upon arrival. While the government has expressed sympathy with this idea, it claims that it is currently not a viable option.

We will monitor this story and update you if any changes are made.