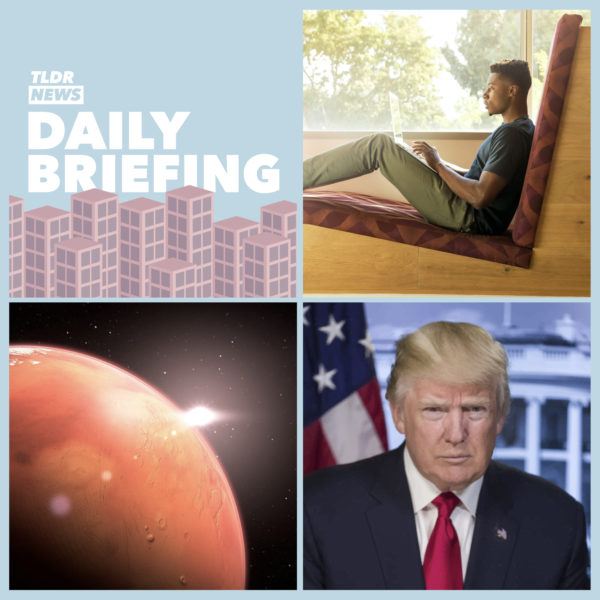 July 30th: Self-Isolation, A Trip to Mars and a Presidential Delay

Today, the UK government has changed it’s guidance on self-isolation for those either testing positive, or showing symptoms of, COVID-19. Previously, those that showed symptoms had to isolate for 7 days after showing symptoms. This has now been upped to 10 days. The reason behind this is related to a new concern of a second wave, as we slowly begin to approach winter.

Findings from Cambridge University could also have influenced this decision. They have found that all 4 nations of the United Kingdom have a virus reproduction rate of close to 1 – meaning the virus could begin growing exponentially soon.

With other European countries currently beginning to edge closer to a second wave, it is also possible that the UK is attempting to get ahead and try and curb an increase of cases without closing down the economy again.

A Trip to Mars

In other, more positive news, NASA has today launched a rocket with equipment designed to detect life on Mars. The rover will take around 7 months to reach Mars – when it will land on a crater that, billions of years ago, used to be a lake.

Although this will undoubtedly be a huge discovery for science if life is found to have existed on Mars, it is highly unlikely for the life found to be anything more than fossils of very basic microbial life. So don’t be expecting any diplomatic missions between Martian cities and Washington DC any time soon.

Although, to be fair, 2020 isn’t exactly a conventional year so who the hell knows anymore.

In other news, President Donald Trump has called for the 2020 US presidential election to be delayed, due to the increased likelihood of fraud from postal ballots. He has claimed that, if the election goes ahead, it would be the most “inaccurate and fraudulent” election in history and would cause the US to become a “great embarrassment”.

This certainly will be an interesting story to follow over coming weeks, as either Trump will win in November and will have to backtrack on this statement (or concede he won a “fraudulent” election) or he will lose and claim that it was only due to the “inaccurate” election that he is not still the president.

Obviously, there is yet another possibility – that the election is delayed. However, this does not seem likely and would require all sorts of legal changes.

An Update on Hong Kong

And in other, more global news, Hong Kong’s Legislative Council (LegCo) have disqualified 12 pro-democracy candidates from the upcoming election. Which, in itself, seems ironic.

The government have defended this move by claiming it is not an example of political censorship or a restriction of free speech.

This comes after months of tension within Hong Kong about controversial new laws that prohibit freedom of speech and expression – which have been met with open hostility from the UK government.

Undoubtedly, this will inflame tensions even further. Exactly what the global response will be to this news is, as yet, unknown.