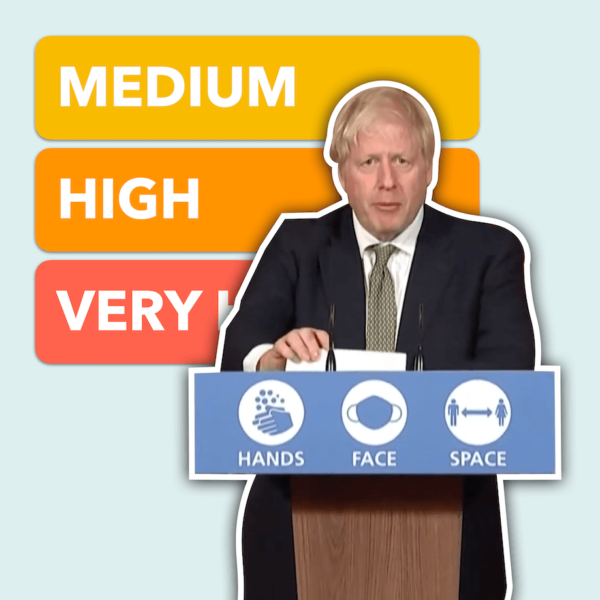 So let’s walk through exactly what has been announced and what it means for people living in England.

Johnson started off by promising that by spring he hopes that life will be back to normal. He added that no other peace-time Prime Minister has asked so much of the British people. However, as he points out, we are not there yet.

For that reason, more restrictions are needed when the lockdown comes to an end on the 2nd December. This means that the tiered system will make a return – and will be made even tougher.

The key changes to the tiers are as follows.

The Prime Minister has made clear that the rules will be the same throughout England. What this means is that if an area goes to Tier 3, they will be placed under exactly the same restrictions as another area in England in Tier 3. Before the November lockdown, restrictions in Tier 3 were agreed between the government and local leaders, meaning that some Tier 3 areas had harsher rules than others.

The Prime Minister has not yet announced which areas are in which tiers – but has stated that this will be made clear by the end of the week. He has said that he ‘hopes’ this will happen on Thursday. While we do not yet know which areas will go into which tier, the Prime Minister has made clear that he expects more areas to go into a higher tier – at least temporarily.

He made clear that the rapid testing will hopefully ensure that regions are not in the higher tiers for that long.

It is expected that tomorrow, the Prime Minister will set out plans to allow families to see each other, temporarily, for the Christmas period. We’ll update this article when this happens!