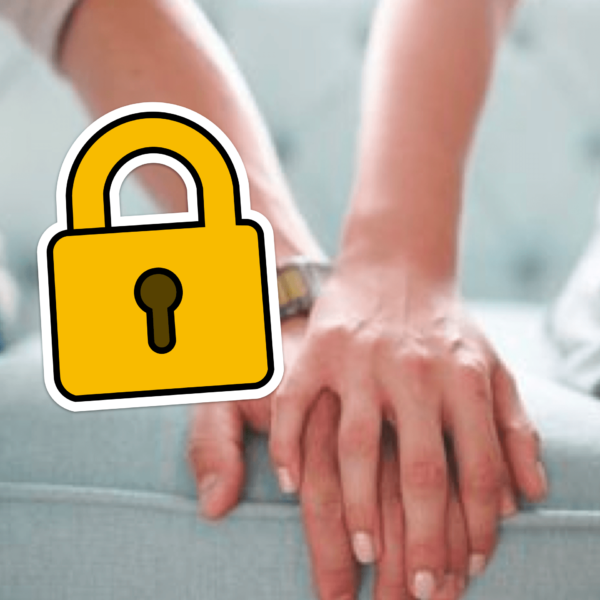 Established Relationships in Lockdown: What Now?

To say that the last few months have been hard for relationships is… an understatement, to say the least – especially for those that live away from their partners.

When England went into its first full national lockdown, the rules were strict but clear: you were to stay at home, and only leave if it was vitally necessary.

The rules were kept strict about social distancing and household mixing for some time until… it was announced that, effective from Tuesday, 22nd September, couples in England in so-called “established relationships” would no longer have to socially distance if they didn’t live together. Hurray!

Well… for a bit. When cases began to spike as Summer came to a close, restrictions were slowly brought back, culminating in the ‘local COVID alert levels’ or Tiers, we have now. These levels plunged certain areas into ‘local lockdowns’ with far greater restrictions on movement, socialising and visiting other households. Invariably, the question surrounding the established relationships’ rule was brought up…

Nowhere in the underlying regulation and legislation, or even the specific COVID alert level guidance documents, was there even a single reference to ‘relationships’, established or otherwise.

In all honesty, we – alongside a lot of the media – were confused – did established couples now have to socially distance in all tiers? Just the higher tiers? Outdoors or just indoors?

Even Full Fact, an independent fact-checking organisation in the UK, was far from entirely clear of the rules, stating that:

“Government guidance that applies to all alert levels says you do not need to socially distance from anyone in your household or support bubble, or anyone you are in an “established relationship” with. If you are in the early stages of a relationship, the guidance says you should “take particular care to follow the guidance on social distancing”. But if you are in an area with a higher alert level, you may not be able to meet with someone you’re in a relationship with unless you live together or have formed a support bubble“

Similarly, a BBC News article on “What are the social distancing rules?” published on Thursday, 29th October, continues to assert that:

“The only people you do not need to socially distance from are: people in your household, anyone in your support bubble, if you have one and your partner in an established relationship“

Yet, the regulations – which have ‘greater’ legal force than mere guidance –  bringing in the alert level system doesn’t mention this exemption whatsoever. In the ‘Very High’ Tier, known as Tier 3, the regulations state:

“No person may participate in a gathering in the Tier 3 area which consists of two or more people, and takes place in a private dwelling or in any indoor space.“

The regulations go on to list a number of exemptions… but not that of ‘established relationships’.

So, in an attempt to gain some semblance of clarity on the matter, we reached out to the Department for Health and Social Care (DHSC)… several times. In the first instance, we specifically asked whether the established relationship rule was even still in place.

A DHSC spokesperson confirmed that:

Unless individuals are in a support or childcare bubble or meeting under one of the specific exceptions in law, then people meeting indoors, including private dwelling and indoor public spaces like hospitality, will be breaking the law in tier 2 and tier 3 areas.

Those rules also apply to outdoor areas of indoor venues such as beer gardens in tier 3 areas but not to outdoor spaces like parks. That rule also applies outside affected areas if one person lives in a tier 2 or 3 affected area.

Okay… but this then raises the question as to whether those in established relationships need to socially distance outside and why the guidance remains up and active. So, we, yet again, reached out.

A DHSC spokesperson then confirmed that:

In other words confirming that the established relationships rule is no more. But, this wasn’t made clear by the government on any webpage or in any legislation. The only reason we have managed to figure this out is because we are fortunate enough to be able to get a reply from the DHSC. And even then, it’s not particularly clear.

Luckily, we later had a reply confirming that the guidance would change. The DHSC spokesperson has said:

Although this was welcomed news, we were not yet clear what the guidance would be. With many areas set to go into Tiers 2 and 3 and the rumours of a second national lockdown, anything could have happened…

In the days after contacting the DHSC, the November lockdown was introduced. As this unified the country under the same coronavirus restrictions, clarification was not needed on whether couples could meet up in different areas under different restrictions – just what the national rules were.

So, while this likely isn’t the news that couples were hoping for, at least it is now clear. When the tiered approach is reintroduced in early December, we will look to see whether the rules surrounding established relationships have been made clear for all tiers. If not, we will again seek clarification.

After all, we’re in a national crisis – and couples shouldn’t have to worry about whether seeing each other is against the law or not. This should be made clear, and articles such as this should not have to be written.