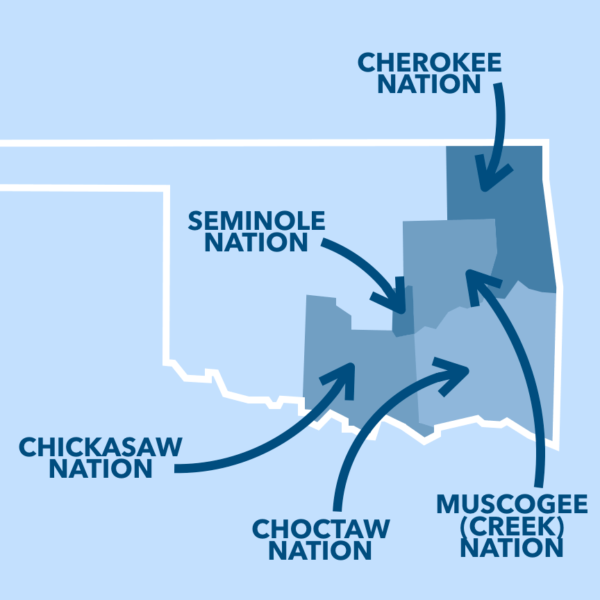 Following the US Supreme Court ruling that half of Oklahoma is Native American land, a new legal precedent has been established.

The hearing concluded that a large swathe of eastern Oklahoma, including its second-biggest city, Tulsa, should be recognised as part of a reservation.

Critically, this now allows tribe members found guilty in state courts for offences committed on the land at issue can now challenge their convictions.

Some 1.8 million people, 15% of which are Native American, live on the 3 million acres of land affected.

The opinion offered by the Conservative, Trump-appointed Justice, Neil Gorsuch, referred to the Trail of Tears, the forcible 19th Century relocation of Native Americans, including the Creek Nation, to Oklahoma. The US government said at the time that the new land would belong to the tribes in perpetuity. Justice Gorsuch wrote: “Today we are asked whether the land these treaties promised remains an Indian reservation for purposes of federal criminal law…Because Congress has not said otherwise, we hold the government to its word.”

On the other hand, one of the dissenting perspectives came from Chief Justice John Roberts said the decision would destabilise the state’s courts creating what he perceived as “significant uncertainty for the State’s continuing authority over any area that touches Indian affairs, ranging from zoning and taxation to family and environmental law.”

The Five Tribes of Oklahoma – Cherokee, Chickasaw, Choctaw and Seminole and Muscogee Nation – stated that they welcomed the decision and would work with the federal and state authorities to agree shared jurisdiction over the land.

“The Nations and the state are committed to implementing a framework of shared jurisdiction that will preserve sovereign interests and rights to self-government while affirming jurisdictional understandings, procedures, laws and regulations that support public safety, our economy and private property rights,” the statement said.

This major legal development can be placed into a much larger narrative of Native American legal, political and social rights from the 19th through the 20th century and today. For instance, in 1881, 155 million acres of land was owned by Native Americans, this declined to 78 million by 1900 and reached 52 million by 1934. While the Native American population also declined massively, from 250,000 to 100,000 between 1880 and 1914. The history of Native Americans citizenship rights is one of considerable oscillation and overt violence.

In particular, the 1970s marked a considerable increase in Native American in both self-driven and government supported progression. From the cross-country protests in the Trail of Broken Treaties in 1972; to resource agreements in the form of the Council of Energy Resource Tribes in 1975; as well as the Indian Self-Determination and Educational Assistance Act of the same year. However, major problems remained, including persistent poverty, discrimination and issues surrounding the business of gambling on Native American Reserves.

The main question remained, were Native Americans, part or apart from the United States?

Through concerted efforts to foster cultural rejuvenation and instilling federal rights in law, this Supreme Court ruling provides a historic development on the road towards greater Native American independence and equality.